The fire is still hot over at the Greenleaf’s.

Grace and Sophia have waited at the hospital all night for word on AJ. He’s stable. They aren’t able to see him because he’s a psych patient. The doctor encourages Grace to go home and come back tomorrow. She won’t be able to see AJ anytime soon. Let me say that the doctor lady was creepy to me. The way she was talking to Grace was…odd. I don’t know.

Back at the Greenleaf Estate, Lady Mae is STILL fasting and she will eat when her Lord tells her to. So, Mae hasn’t eaten AND they didn’t get married. I really want her to eat before she’s the next one at the hospital. Grace and Sophia return from the hospital and Grace gives Bishop the key to Aunt Mavis’ club. Remember Mavis? She dipped, but she left the club to Grace. Grace tells her parents that if they see where they can use the building, they should go for it. And then Charity’s arse walks in. She seems genuinely concerned about AJ’s condition, but Grace ain’t trying to play nice and I don’t blame her. Grace tells her that AJ is good and throws up the deuces. Charity has thee nerve to be offended by the treatment, but that’s ok. Mae is there to help her remember why all she’s gettin is shade. Well, honey…you did almost get her son arrested and you gave away the gahtdamb church. Anddddd, if Mae had her way, Charity would be sitting in a field with a dunces cap on…in the shadow of her favorite Bible hero…Judas. I LIVE. Even after all of that blowup, all Bishop wants to know is when Mae is going to marry him and Mae blurts out Flag Day. Huh? Flag Day? Random. Why do I think that Mae doesn’t really want to get married? Bishop and Mae head on over to the club and Mae isn’t feeling that “den of iniquity.” Bishop has a vision. He sees how they can turn it into something. Mae doesn’t see it that way, unless they tear it down and start all over. And, if they did that, they would have to let Mavis know. Bishop doesn’t want to do that because the place has lots of history behind it. He frolics down memory lane, but Mae isn’t with him. Mae says this club gotsta go. Or it’s not gonna happen. PeriodT. Bishop tried to get in touch with Mavis, but was unsuccessful. He seems to be ready to go ahead with what Mae wants – even though he wasn’t able to talk to Mavis. And now that they will have the club, he is back on this wedding thing. He is so ready for Flag Day – June 14. I still don’t understand the significance of this day, but Bishop is mad hype to have his Lady Mae back. And again, Mae is looking real shaky on this. In better news, Mae broke her fast because she heard from the Lawd. I wonder what she heard??

Later on, Darius calls Grace and it seems to be what she needs. Darius is surprised to hear about AJ and offers to do whatever she needs him to do. He’s been doing more research on H+H and he wants Grace to go out to see Rev. Cal Weaver. Cal showed up last season. He is one of Bob’s preachers. When they arrive, Cal ain’t tryna talk to neither one of them – because Bob told all the pastors not to. Hmmmmm. Grace goes back to the hospital in hopes of finally seeing AJ. Noah (baby daddy) joins her and he is determined to be present and ready to do whatever AJ needs him to do. Grace asks him about Isabelle and Noah tells her that they are getting a divorce, he has come to terms with it now and he’s staying at his mama’s house. The doc comes out and lets Noah and Grace know that AJ doesn’t want to see either of them. Grace and Noah are floored. On the way out, Noah is ready for them to get a game plan together. He wants to be a family again – like nothing ever happened. He is surprised when Grace doesn’t want any part of that plan. They have a real testy moment outside and then agree to meet at the hospital tomorrow – same time, same place. Later, Grace gets a call from Paster Cal. Edenvale Lending. It’s a company. And that’s all he’s gonna say.

Jacob has been at dirty Mac’s storage unit all night long and gets home in the morning. Zora is being Zora and asking questions bout things that are none of her business. She is hoping her parents are back in therapy. They don’t give her any clues. Later, Kerissa and Jacob meet with the lawyer. Kerissa has had everything drafted in her favor, including custody of Winky. I am actually glad that they remembered about him, because sometimes he gets lost in the sauce. Anyway, the lawyer is interrogating Jacob about his job hunting and his “history.” Jacob hates it all, but he signs the papers anyway. That might come back to haunt him. Kerissa and Jacob come back to the house and walk right into Zora’s wrath. She has figured it out. Yall are getting a divorce, eh? And Zora has the audacity to ask if her father had been cheating again. Jacob doesn’t answer. Zora leaves. But Jacob really wants to know if Kerissa is going to make him take all the heat for this, because she’s the one that’s on slut meds for the chlamydia. Kerissa is unbothered. She’s been taking up for his creeping arse for 20 years and…she just don’t care no mo. BUT, if he doesn’t take the heat for this, she will take the will down to the police station and let the chips fall where they may. I cannot stand Kerissa, but she is really out here playing her cards in the right order. What is Jacob going to do? Nothing. Later, he puts on his good daddy cap and takes Winky fishing. He had grabbed a rod and a tackle box out of the storage unit on his way out. Lo and behold, in the tackle box is a WILL. And Darryl James’ name is on it. Ain’t that Basie’s daddy? Jacob heads straight to Tasha’s. Ummmmmm…how does he know where Tasha is residing? Anyway. He tells her that he needs to talk to Basie. Tasha tells him that Basie is dead. Say what???

All that Charity has left in this life of sin is her job, but even that’s sketchy. She gets to her office and finds out that it’s not hers anymore. Phil done gave Becky her office and they are repainting it “plantation pink.” They are tearing down the church in less than a week, but Becky is redecorating? Ok. Anyway, Charity rolls up on Phil all mad and it doesn’t make a bit of difference. Later, Phil wants/needs Charity to clean up a mess he made regarding gym usage for Sunday. Sounds like Phil is incompetent and Charity kinda likes that Phil is coming to her to make this whole situation right. But then Becky (yes, I am aware that her name is Judy, but I like to call her Becky) rolls in and starts kissing all up on Phil to further let Charity know that she’s the loser in this situation. Charity agrees to handle the mess Phil made, but before she lets the situation go, she tells Becky that Phil is still in love with her. Boooyah! Becky don’t care (I’m sure she already knows). She comes back with some biblical reference and dips. But why do I think Charity has no intention of handling the problem? Honestly, she’d be a fool to bail Phil out.

Everything that’s going on has Mae in a reflective mood. After coming back from Faith’s grave, she joins Grace on the front steps. She opens up about losing Faith and is compassionate when Grace tells her that AJ refuses to see her. I gotta admit that I love seeing this relationship between Mae and Grace. Because honeeeeey…back in the day them two used to go at it. And just like that the mood changes. Charity rolls up. Mae gets up to leave. LOL. Charity actually asks Mae and Grace what she should do because she can’t handle them treating her like this. This bish needs to read the room and get a clue. Charity plays the victim but Mae cuts it off real quick. She just got back from the grave of her child and your sister just got back from the hospital after not seeing her child. You don’t know what problems are, girl! So after Mae went in on her, Charity comes by Grace’s room to give her a poem that she wrote for Eden. Eden was Nathan’s twin – the one who didn’t make it. So Grace reads the poem and wants to know why Charity gave it to her. Charity says that she has lost a child, so she knows what Grace is going thru. Grace reminds her that she hasn’t lost her child (ummmm…he’s still alive, sis). Anyway, Grace is not here for this performance. This whole thing is a sham and she calls Charity out for making this all about her. Agreed. Girl, bye.

Didn’t I predict that Sophia wasn’t going to stay on track? She came right back to the house and called Dante and left some rambling message. She wants to get back with him. That shole was fast. But, Sophia told Zora that Dante was her first…so…she might be totally caught up. Sophia keeps calling, but on that last call, Dante’s ex picks up the phone. She’s at his house, with his phone. Zora comes to Sophia to ask if she sent Dante a nasty pic. She did…and it’s all over the innawebs. I betchu ole girl did it. See Sophia…I told you to go back to Hampton.

So what’s next? I just have a bunch of questions. Wanna hear them? Here they go…

Is Basie really dead? Or will he roll up when we least expect it? And will this whole will situation blow up in Kerissa’s face?

Is AJ really AJ? And what’s this big secret he has? Why is he so elusive?

Does Mae want to marry Bishop or not? She’s acting really weird.

Did Charity handle that problem with the gym? Or will she play the hell out of Phil and thwart their attempts to have church in the gym on Sunday?

Will Grace ever be open to trying to be a family with Noah for AJ’s sake? Does/will AJ even want or care about that?

Lady Mae seemed excited to hear that Noah was in town and she wanted him to visit. Why is she so hype about seeing Noah?

Will Sophia get dragged on the innawebs for that pic?

What do ya’ll think? I need to discuss. 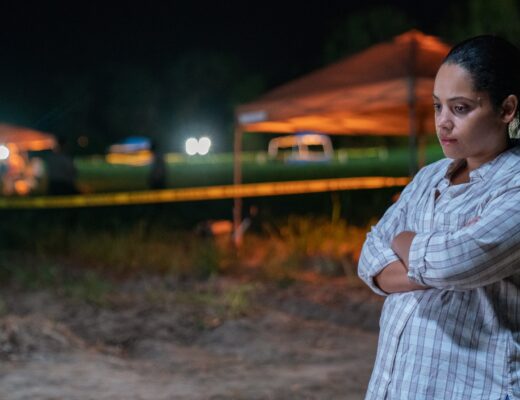 Queen Sugar – “To a Different Day”