People in Stamps used to say that the whites in our town were so prejudiced that a Negro couldn’t buy vanilla ice cream. Except on July Fourth. Other days he had to be satisfied with chocolate.

I remember reading this in Maya Angelou’s ‘I Know Why The Caged Bird Sings’ and really not being able to believe this. People really made ice cream racial? The answer is yes.

According to the Atlanta Black Star:

“By custom rather than by law, whites in the Jim Crow South forbade Black folks from eating vanilla ice cream in public — except on the Fourth of July. The terror and shame of living in the purgatory between the Civil War and civil rights movement was often communicated in ways that reinforced to children what the rules of that life were, and what was in store for them if they broke them, Michael Twitty wrote for The Guardian. He says this denial revealed the deeper psychological consequences of legalized racism in American life. The racism of the time period was not just about dignity and self-esteem — it was embodied and mythologized in physical terms, a denial that was thrust in the face of every Black child.” 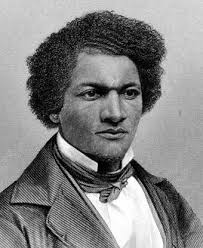