So Charley called RA to ask him to meet the insurance adjuster at the mill. Of course we only heard RA’s side of the conversation. Charley is on her tour bus and getting ready to give a speech. Two WHOLE years later, she’s finally getting a check for the mill that was torched by the Landrys and Boudreauxs. Kudos to Charley for trusting RA…because…yeah. Anywho, Darla and RA are looking at the co-op’s assets and ain’t much there. Darla comes up with the idea to ask Charley to put the mill in the trust to help boost it up. Charley was going to take a loss anyway and this will help the community. For the longest, I’ve been thinking that I was the only one that still thought about the mill and what the next steps were for it. Glad it’s been addressed. I’m sure at this point, Charley is over it and wouldn’t mind donating it to the cause.

The boys tried to run away after they found out that RA would have to move in order for them to stay. Wood caught them before they left and RA ended up finding a place, so the boys can stay. Wood is already attached to the kids and being the support they need. Vi tells him not to get too attached. Their father could come back at any time to get them.

RA finally acknowledged Darla and told her how smart and wonderful she is.

Vince left and he hasn’t been checking in. Billie is having mixed feelings, which I don’t get because she’s the one that left and was incognegro for a whole 6 months plus. Anywhoooooo. Nova decided to be a good friend and invited Billie to move in with her. I mean…that’s nice. Billie really wanted to get out of Prosper’s house because them newlyweds been working her nerves. So, good for Billie. But…I keep thinking Billie and Nova gonna hook up because nobody is safe when Nova is around.

Nova gathered the family to have a conversation about the movie deal – finally. She made a speech about acknowledging their feelings and getting their blessing. To my surprise, the Bordelons were hype. What in the hayle? Vi says the book was painful but it facilitated healing. So then Nova tells Vi that Oprah wants to play her in the movie and they all got more hype. Darla is speechless and Micah picks up on her vibe. He tries to stop Nova, but Nova is on a roll and shows them how much they can make from the movie. The money would be split evenly. They celebrating. Yayyy. Until Darla stands up and says NO. More on that in the “Ugly” section.

Wood and Vi put their heads together to help RA and Darla find a place and pay the deposit. They found a place and RA told his story to the landlord. She totally understood because her husband did time. The past is the past. She believes that they are good folks and she rents the apartment to them. Darla and RA finally have their own place again and they are happy for the peace, quiet and privacy.

Nova called her agent and told her it’s a no. The agent said they can cut folks out. No biggie. Nova says they can’t because everyone is connected. Plus she hasn’t talked to Charley yet either. Good for Nova for doing the right thing – for now. The agent told her to think on it some more. We will see how this goes.

Dominic is really into Nova. He’s out of town, but he’s calling Nova as soon as he wakes up and sending her pics and telling her how much he misses her. Why is this filed under bad? Because Nova ain’t loyal and because Dominic will prolly get his feelings hurt sooner rather than later – and he doesn’t deserve that. Billie and Nova go out to a club and Billie brings up a girl that Nova used to crush on in high school. Nova got quiet and Billie takes her phone to find ole girl. She found her and Nova was like…hmmmmm. She’s looking thru all the girls pics on FB. She had just said she couldn’t wait for Dominic to get back home. But here she go smizing at this chic’s pics. I told yall.

Micah apparently had a rough night after selling his mother out for a few coins and his soul to the devil. He’s struggling with his decision and attempts to delete it from the portal. Of course he can’t. It’s a done deal. Nova invited the family over to break her news about the movie deal. Before the family arrived, Micah showed her his latest NFT – of his mama! He says it’s about reclaiming a public moment and making it his. The bids nare up to 100k. Nova gets some morals and tells him to take that down because it’s not his moment to sell. Micah says he was there, too. And it’s not any different from what she did in her book. He’s right. Nova says it’s different because he is auctioning off his mom’s lowest moment in the middle of her campaign. So since his favorite auntie gathered him, he decides that he definitely needs to fix this. He still can’t delete it, so he calls Zane and tells him to take it down. Zane was like…once there’ s a bid, I can’t take it down. And if he does it, they will put Micah on ice. Micah tells him to delete it and Zane says he will see what he can do. I knew good and well that Zane wasn’t about to do a dayum thing but watch them bids come in. I’m not sure why Micah thought it would be any different. So the NFT sold and Micah is a star. That’s what he was going for. So now he’s in a private limo with his boy Zane. Davis is texting him and asking what the hell was he thinking and that his mama is devastated and that he needs to call her. He doesn’t. His mom calls. He doesn’t answer. Zane is taking him to LA. Oh…we going to LA? This should be interesting. It’s finna be a homecoming for Micah West.

Darla’s messy friend, Jordan, got in touch with Chase. Chase called Darla to threaten her. He’s mad because Darla told Jordan that she was raped. He’s a family man and he’s running for Congress. He doesn’t need this.

Darla goes into the family gathering and Nova drops the news about the movie. She was already shook by that call from Chase, but this took that to a whole new level. Darla spoke louder than I have ever heard her speak and said no – about 3 times. She goes into the bedroom and Vi tells Nova (not RA) to go after her. When Nova got to Darla, Darla was ready to unleash the beast. That book ruined my life, Nova! I relapsed because of you. Did you think I would be good with watching my trauma on the big screen? We keep trying to let go of the past and YOU keep bringing it back. Why would I want that out there for my kids to see and be exposed to. Are you crazy? Are you out of your mind? I need the past to stay in the past. Nova promises that it will and she comforts Darla.

As soon as RA and Darla got into their new spot, Chase called again. He called her Star. He done got the book. He’s not going to let a crackhead ruin his life. He’s ready to take her and her family down. Darla tells him not to call anymore, but we know he will. What exactly will he do next? Show up?

It’s funny how Nova tried to differentiate what she did with the book from what Micah did with the NFT. The stories she told and the gif Micah turned into a NFT didn’t belong to either one of them. Nova’s book dropped while Charley was running her first campaign. Micah’s NFT will drop in the middle of her second. Because Nova didn’t share the book or it’s release into the world with Charley, she got ambushed with questions about it. The same probably happened to her regarding the NFT while she was on the campaign trail. They are/were both wrong. And it’s clear to see why they are kindred spirits. No matter what, their wants, needs and desires will always come first. And it’s real funny that Micah thought he was going to get the seal of approval for his foolishness from his favorite auntie.

Why would VI think that Nova should be the one to run after Darla, instead of RA? That’s his wife. And after he readily agreed to the movie without a conversation with her or consideration for what that book did to her, he needed to be thee FIRST person to talk to Darla.

Darla’s friend is super messy, but Darla really wasn’t trying to out Chase, find Chase, talk to Chase or anything else. It’s actually better for Chase to act like Darla and Blue don’t exist. That’s what she’s been doing. He’s the one making this a thing. And it’s all because of Jordan. I hate messy folks. But Darla needs to tell RA what’s going on. Chase is unhinged. It’s better for RA to find out from Darla before Chase gets RA’s number, too. And what we don’t want is for RA, who has anger management issues, to have to deal with this lil surprise.

No matter how much time passes, 3 folks cannot escape the past – Darla, RA and Charley. RA can’t outrun that criminal record to save his soul. Every time Darla gets her life together and her sobriety, somebody throws her drug abuse and prostitution in her face. Will Charley ever be able to live that night on the court down? Nova wrote about it and the scandal at a time where she had finally put it to rest. Gayle King used a clip of that night as the intro to Charley being on her show. And now Charley’s own son has used it to gain acceptance and money he doesn’t need. SMH.

I’m definitely waiting for Lorna to come gather her grandson. I was hoping Micah would at least get a visit from his daddy. If I can’t have Charley, bring her mama out. Lorna don’t play and hope she embarrasses him in front of his lil friends and drags his azz. It’s literally the only thing I’m tuning in for next week. LOL. 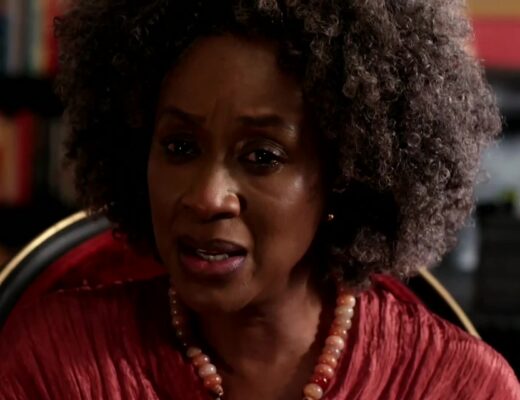 Queen Sugar – “All Those Brothers and Sisters”