Nova is giving back to the community and partnering with a teacher to teach history. I’m glad she’s using her energy for good. Of course there’s a problem on the horizon. Nova is an activist and the board is worried that she might be using a CRT curriculum. *insert side eye here* Of course this all blows up later after Nova teaches a history/music lesson. In addition, they also want to ban her book. I mean…that book needs to be banned, but CRT isn’t the reason why. Anywho…Nova is ready to fight this.

Rid came over to smoke weed with Nova. He’s about to start up his own business and Too Sweet is helping him. Yayyyyy. Glad to hear he’s doing well. Nova tells Rid that she has a movie deal offer and RId tells her that she’s real fancy now that she left the 9th. Nova takes offense, but Rid doesn’t mean harm. He just wants her to remember and water her roots.

RA and Darla are having a hard time adjusting to their new home. RA can’t sleep because of the noise…or at least that’s what he claims. I’m sure he’s kicking himself constantly for losing his farm and the failing co-op. And I’m sure Darla aint slept a wink since Chase started harassing her.

Dominic’s trip got extended and Nova was super bummed about it. I promise you she’s going to use this as an excuse to cheat on him and justify it. The only question is who that lucky person will be…

RA and Darla met with the farmers at Charley’s mill. They announced that Charley has gifted the mill to the co-op. All they have to do is keep it up. They won’t have to get it operational again, but they will have to manage the upkeep. This will help them boost their holdings. Sounds like a plan, right? Negative. Because per the usual, the farmers, led by Cordell’s azz, immediately went off and deemed it a terrible idea. Even Prosper was among the naysayers. The only person that was willing to make it work was the person whose already lost it all – Parthena. I can’t say I’m surprised. This is what they do – hustle backwards. This is the same thing they used to do to Charley. Except Charley took it and kept it moving. RA and Darla ain’t built like that and their feelings were a lil hurt.

While the folks is back home struggling, Micah is living the high life with his new buddy, Zane. He’s sitting by the pool ignoring text messages from Charley. Of course the news is out about Micah’s NFT and Charley sent him a link to a story about her and how she’s having to contend with the past. But then Zane comes over with a shot for him and makes Micah feel great about dragging his mama. They finna meet with investors and blow all the way up. Forget ya mama. There’s money to be made and it’s your time. Micah is still feeling like trash (as he should) and notes that all of the success is at his parents’ expense. So Zane tries to make it better. Your mom is at the border to bring attention to reuniting undocumented kids with their family, right? Just make a big, public donation to the cause. Voila. It’s always funny to me how Zane knows exactly what Charley and Davis are up to. He’s been overly concerned about them since we met Zane. But Micah B West is too naive to see it. Or maybe he just doesn’t want to. Then things get turned up a notch when the investors come thru and offer Micah drugs. They also offer him an idea for his next NFT – something to do with Charley paying off the side chick. Yall. I promise that this was the plan all along. I am still convinced that the only reason Nova wrote such horrible things about Charley was because Charley is the draw and the money maker. The same is true here. From Day 1, Zane has wanted Micah to use Charley and Davis. They are the profitable ones. And Micah fell right into the trap. As time goes by, Micah gets real comfy. Taking pics with the ladies. And buying drinks for errrrybody. I promise you Charley paying that bill. But anyway, just as he was starting to feel himself, Lorna showed up and told him to get his ish and come the hell on. The party is over! Micah knew better than to challenge Lorna. Charley called Lorna and asked her to find Micah’s azz and drag his tail. Wanna know how she knew where Micah was? Because of all the pictures he been taking with randoms who were tagging the location. SMH. Micah had the nerve to ask if his parents were mad. Bih, what? Lorna was like…what you think? Then Micah gets up to leave. Talkin bout he’s tired. Gramms said oh no buddy. You’re about to sit your azz down and explain your foolishness. And he did. Lorna told him to drink some water because he looks dehydrated and I was like…oh Lorna, you don’t even know how thirsty Micah is. She asks what he was thinking and he claims its art. She tells him that that is not art, but she shows him a picture that he took of the kids on the basketball court. She kept it because she believes that this IS art and he sees things others don’t. Micah says he doesn’t know where he fits it and Gramms tells him that he’s not the first person to have this problem. BUT, there’s a difference between passion/purpose and posturing and pretending – you’re too brilliant to be the later. This ain’t you Micah. How much did you make? Micah says 200K. Lorna says that’s a grip, but was it worth your mama’s tears? Sit with that Micah. The next morning, Micah thanks his grandma. She tells him that he needs to call his parents asaptually. They are doing good work and all he’s doing is pulling focus. Grandma encourages Micah to keep on with the art thing. One day he will be big and she can’t wait to buy a Micah West piece.

Darla opens up her mail and finds a NDA from Chase. He has found her. He knows where she lives. He’s got lawyers involved. This thing ain’t nowhere near over. In fact, it’s just started. Darla calls messy azz Jordan and begged her not to say anything else. Darla then went into a straight anxiety attack. RA was calling her because he was at the doctor with the baby. She never showed. Darla is spiraling. She went straight to an AA meeting and told all the strangers what she’s been dealing with. She almost took a drink. She knows that RA will forgive her and she’s scared that he will do something that he will regret. Yall know RA ain’t got a lot of anger management skills. This probably won’t end well. Darla tells RA that she almost took a drink, but she doesn’t tell him why. RA tells her that every time he keeps stuff from her, things go sideways. He’s right. And Darla had the opportunity to say something and she didn’t. She will pay for that later.

Vi had a bachelorette party for Sandy. They were all sitting around and drinking with Darla sitting there. I feel like considering what she had just been through, she should have sat that one out.

I feel like Charley and Davis are doing some gentle parenting when they should be doing the opposite. How you gonna drag me and then ignore my calls and texts? I promise you Micah don’t pay that bill. His NFT check probably ain’t even cleared yet. I would have been turned that phone off. And he had the audacity to buy a round of drinks for errrrybody with his black card. Again? Who paying fa dat? I would have turned off everything. I’m that mama.

Why won’t Darla go to therapy? She can’t keep doing this. Dropping into AA meetings when she has the desire to drink isn’t the same as ongoing and intensive therapy. She needs help to deal with her past. Her story keeps going in circles because that’s kinda how life is when you don’t deal with your problems.

Darla don’t want to tell RA about Chase because she knows that he’s going to lose his ish and go after Chase or do something stupid. She knows that. So if she knows that, why thee hell won’t she tell him what’s going on. We all know that at some point, Chase is gonna get tired of playing reindeer games and show up. And when he does, he’s going to catch RA off guard. This is what we don’t want. But this is also exactly what will happen and that part is all on Darla.

Billie shows up here and there, but I really don’t feel like writing about her. So I don’t. It is what it is. Sorry not sorry.

According to Nova, Calvin turned himself in and then they let him go. No consequences. I would say I’m surprised but I’m not. He moved to Baton Rouge and got to continue with his life. SMH. And even with all that, I predict that when he shows up next week, Nova won’t give a dayum about any of Calvin’s crimes. Because Nova.

Rid asked Nova if her new man was Black and I cackled. You gotta ask with Nova because she like to taste the rainbow.

So next week it looks like the QS writers are pulling out an oldie but goodie from the past – a storm. The first storm episode in Season 1 is one of my favorites. We will see how Storm 2.0 goes. 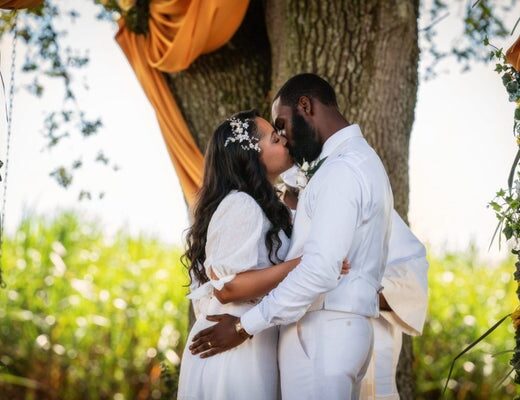 David Makes Man – Some I Love Who Are Dead