Judy is still in town and making herself comfy in Grace’s office and putting her hands all over the picture of Grace and her sisters…and had the nerve to comment on Faith.  Grace isn’t here for it. Why are you in town, Judy? You mad about how Charity remixed your welcome song?  Judy claims she doesn’t care. She’s here because Grace met with Fernando.  Grace wastes no time expressing her displeasure regarding the relationships between Fernando, H&H, City of Hope, Bob, etc. Judy tells Grace she needs to stop peeking from behind the blindfold. Grace tells her to stop blindfolding her. I concur.  Judy claims it was all going to be a surprise for Grace and the Calvary congregation. They want to build up Calvary like the Potter’s House – a national church and build a little city around Calvary. That’s why they needed all the land.  And with all of new development directly related to Calvary, it is sure to be a cash cow for H&H. And that’s what they have been up to. Surprise!

Grace breaks the news to the fam and Bishop doesn’t believe it.  Getting the land was the first part of the plan. Mae immediately turns on Jacob. First, Tasha, and now he goes and sells his land to H&H because of Kerissa…how could you let that happen?  You need to let women stop leading you around like a horse on a rope at some seedy carnival, says Mae. LOL. I cackled. She right tho.  Bishop is moving on. What does H&H want in return for this? They have to want something in exchange.  But what?  Phil comes up and Mae calls him a “greasy Negro.” Again, I cackled.  What has Phil done? I think Jacob wanted to get the heat off of him. So…he tells Mae and Bishop that Charity and Phil got a thang going on and it’s been going on for months. That made Mae’s stomach turn. Mae blames herself for bad parenting. Grace tells her that this is a part of Phil’s plan, it had nothing to do with her. Mae wants to know how Charity manages to continue to get hoodwinked and into these situations with men…musta been something she did.  Anyway, Mae quickly thinks of a plan. They have to have a meeting with the deacons to get ahead of this vote. Grace thinks it’s a bad idea to do it in such a straightforward way. Mae agrees. She will throw an engagement party and you know dem triflin Deacons will show up for that.  Connie would be the only outlier. But…she will show up if she’s NOT invited. Mae knows her.  As soon as Connie caught wind of the shindig going down at the mansion, she went straight to Karine to ask where her invitation was. SMH.

After putting Winky down, Jacob joins Kerissa. They didn’t get the house.  This news makes her wonder who would get this house when his parents pass away.  Jacob doesn’t know. Kerissa wants him to ask, but Jacob is against it. But now he has a question for Kerissa.  Why were you at Fernando’s office the other day? Kerissa claims she was getting Jacob cufflinks. Good save, Kerissa.  And then she turns it all on Jacob.  Why did you think I was there? I know what you were thinking? But who are you to question me as if I am some whore on the street? After all of the nights I spent here waiting for you alone – where were you? I mean…she got a point. Kerissa is still foul, but she has a point. Jacob is a heaux.

Judy finally lets Phil in on H&H’s plan. It’s kinda funny that he found out after Grace, but he’s supposed to be Bob’s right hand. Mmmmm hmmmm.  Anyway, he’s big mad about it.  They should have consulted him.  Judy tells him that whatever deal he made with Bob, she’s sure it’s still intact.  Yeah, right.

Bishop goes straight to Charity to find out why she’s “slithering” around with Phil. You are probably being taken for a ride. And if this relationship is so wonderful, why is it a secret?  Charity claims Phil is a great man, they have lots in common, and overlooked.  She confides in Bishop.  Phil is Bob.  Bishop isn’t impressed.  That’s dumb. I agree.  Charity turns on the tears. She loves Phil. *le sigh* He should talk to Phil. Bishop falls for it and tells Charity to invite Phil to the party and he will give him a chance.

Kerissa is still trying to find out who the house is willed to. She goes to Bishop and pretends like she needs a copy of their marriage license for the presentation Zora is doing at their engagement party.  Kerissa watches as Bishop tries to remember the combination to their lock box.  Bishop finds the marriage license and hands it over, but the will is in that box, too…and Kerissa needs it. She walks out just as Mae walks in.  Mae is on to Kerissa.

Judy is on to Mae and Grace, too.  She believes something is up with this engagement party and it’s a chance for them to “spew venom” about H&H’s plans. Grace denies it and Judy asks for an invitation.  Grace obliges. Judy presents H&H’s plans to the Deacon Board and their main concern is how much it will cost. It’s free.  H&H will pay. All they want is board seats. 50% of the seats.  They propose that because of the church growth, they want 12 new seats.  They have about 2 weeks to decide.  Seems like the Deacon Board is on board with this latest H&H foolery.

The party is underway and the drama has begun.  Phil and Bishop have started a conversation.  Charity and Grace exchange some testy words.  We are trying to get the church back from H&H and you are in the bed with them – literally. Welp. Charity tells Grace that if anything is going to help them lose the church, it’s how she handled the AJ situation. Dassit. Grace tries to play innocent. She forgot she lied to the police. Charity still tries to play innocent as well. Her fam doesn’t know that she is the family spy and Phil already has the information.  Mae is working overtime and getting in the ear of all of the deacons (except Connie).  Bishop is still riding Phil about possible ulterior motives with Charity. Phil claims that he is in love. He must be in love to want to be this close to the Greenleafs.  Bishop can’t figure out if Phil is sincere or not, but what he knows for sure is that Phil never offered to give up his job.  Judy made it to the party, too, and she’s not a happy camper when she sees Phil and Charity together. Phil tells Judy that it’s different with Charity. And it turns out that Judy and Phil used to have a thang. This could be a problem for Charity. I am here for it, but still…this could be a problem.

Bishop gets everyone’s attention and Mae takes the floor.  Connie is already worried about what Mae will say, and she should be.  Mae gives a sermonette about partnership.  We partner with God on some things but it’s not a 50/50 arrangement. And while Mae is preachin, Kerissa is scheming. She heads straight for the lock box, remembers the combination and gets it open. And guess what? It was EMPTY! Ha! Mae got that azz. LOL. Anywho…back to the sermon.  God is the Lord of all things, and space has to be left for him in ALL partnerships, including business arrangements.  You had better leave space for God. There is no such thing as 50/50. There’s no room for God in that.  If anyone offers you 50/50 on ANYTHING, say no, because ain’t no room for God in that. I hear ya, Mae. Judy heard that, too. She mad. Phil mad, too.

During the party, Sophia left and headed down to the cabin she shares with Zora. Dante came by to bring Nikki’s stuff (they broke up). But something is about to go down with Dante and Sophia. I feel it in my spirit.

Judy is outside and she is still big mad.  This is a mess. Mae got to the people. Phil tells her that if they had let him know what was going on, he could have stopped this. But Bob had just told Judy a few days ago + Judy’s husband filed for a divorce + Phil is happy with Charity. She got a lot going on.  Back inside, Connie’s azz comes for Mae and literally applauds her act. First, she made that confession to the Sisters of Tamar (about the abuse she has suffered at the hands of her own father) and now she preaches at the engagement party.  Bravo, Mae. Oh, and Connie also thinks that the engagement is a sham, too. Connie need for somebody to lay hands on her. Mae walks to the door and opens it for Connie to see her way out…and tells her to “go with God.”

Later, Bishop comes to Charity’s quarters to tell her to cool it with Phil until Grace becomes Head Pastor. And you know that burned Charity up! Grace first, then her.  Bishop tells her that if it’s love, it will keep.  And that she needs to pray on it. Ha! Lawd.

Judy isn’t over the party. She comes to Grace’s office to share one more surprise with her.  They need those seats on the board ASAP and Bob has already determined that it will be Grace that will lead the H&H empire…not Phil. Say, what?  And down the hall, Charity comes by Phil’s office. She has made up her mind. It’s time for Phil to use the info he has on Grace. It’s time for her to pay. #fixitJesus

What will Kerissa’s next move be to find out about the Greenleaf will?  I’m bout sicka her.  What part does Fernando play in Bob’s plan? And how badly will he play Kerissa to get the info he needs and wants?

I’m tired of Connie, too. We already know that she is being bribed.  Will that come out sooner, rather than later?

Is Judy telling the truth? Does Bob really want Grace to be Head Pastor, or is she just saying that to muddy the waters.

Where does Phil really fall in Bob’s plan? Looks like Phil is being used like a Kleenex. He needs to get hip to the game and turn them tables.

Where is AJ? Where is Noah?

Did yall feel that spark between Sophia and Dante? I shole did. 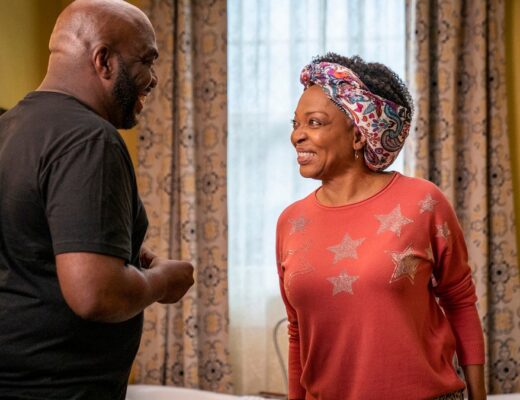 Queen Sugar – “And Dream With Them Deeply” 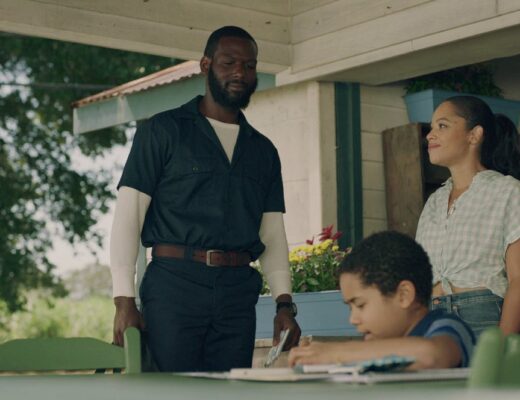