Grace doesn’t have a clue about AJ’s whereabouts and checks in with Sophia to see if she’s heard from him. Sophia says she hasn’t, but AJ is sitting right there with her in her dorm room. SMH.

Now that Charity has the tea on Grace, she’s feeling mighTy good.  She is getting dressed, doing her makeup and “preaching” about how Satan’s main tool is pride, and how it’s Gigi’s downfall. Satan got Gigi good, but she ain’t judging.  Charity got carried away with her sermon at Bathroom Baptist and was late to a little meeting with Bishop and Jacob.  She strolls in and apologizes for her tardiness that was due to her getting carried away preachin’. SMH. So…what’s this meeting about, Daddy and why is it all secret? Jacob wants to know why she has a problem with THIS secret meeting. He thought she liked secret meetings (remember Jacob saw Charity kissing Phil all in the mouf).  Grace shows up at the meeting. She’s late too, but it’s because she was on the phone with Phil.  Bishop goes in on Phil and Charity looks bothered (because that’s her man now or whatever) and tells the fam that none of them have a leg to stand on when it comes to saying more than what truth requires.  You taking Phil’s side, Charity? No…but we don’t have to throw shade on the brother because he’s our brother in Christ. Ok, Charity.  Jacob is so over Charity. He’s our brother in Christ. He fired me! Nah, bruh. You got yoself fired. And then the three siblings argue it out and Bishop is tired of them, too. All he wanted was to bring them together to tell them that he’s proposing to Mae and he wants them to sing a song during the proposal.  This is supposed to be a surprise, but Mae is outside the doe listening, so…there’s that.  Mae rushes upstairs to get her alphet together for this proposal that’s coming.  While she’s coordinating, “Karine with the Tea” calls because there’s something foul going down at the church.  An item has been added to the agenda for the next Board meeting. They want Mae’s name off of the scholarship fund…immediately.

After the proposal news settles, Jacob let’s Charity know that he seen (yes, seeN) her kissing all up on Phil. So, what’s the deal? Maybe Phil is using you. Are you in love with him? Did he force himself on you? Or…are YOU playing Phil. Charity goes with the last option, but quickly tells Jacob the truth. She’s in love *insert side eye here*  Charity tells Jacob that there’s nothing wrong with Phil and that he should let her have what she wants…for once. And then, Gigi walks in. What’s going on, guys? They both play it off, but you know good and well that Jacob will not keep this secret for long.

Charity rushes over to see her man. Have you sent the file to Bob yet? He hasn’t.  Charity begs him not to. Jacob knows about them. Phil doesn’t see the big deal because this was always going to be an issue.  Charity doesn’t know what to do about this and Phil suggests that she take 24 hours to decide what she *really* wants to do about the tape with Grace’s confession on it.  It’s her call.  He knows that he can’t force this on her and still maintain her trust and love. Le sigh.  Are these two really in love? Later, Jacob drops by the church to have a word with Phil and to let him know that at any given time, he will lay hands on him if he comes at his sister the wrong way.

Back at Hampton (Go, Pirates!), AJ is still hiding out in the dorm room and Sophia questions him about why he came.  He says he came to say bye and thank you for treating him like family.  Sophia begs him to go home because he’s innocent. AJ says it doesn’t matter because he’s a black male and they already think he’s guilty and have a spot in jail all picked out for him.  Sophia thinks he’s being overly cynical and AJ goes off on her because she has never had to deal with any type of situation like this.  Sophia calls him a jerk and AJ returns the favor and storms out to get cigarettes.  AJ left his bag behind and Sophia puts some cash in it. But, when she opens the bag, she finds prescription drugs! Gahtdambit AJ!  AJ returns and Sophia lets him know that none of this is cool AND that Grace lied for him. AJ says she had a choice. SMH.  Sophia tells him that all he does is drag everybody down with him and he needs to work on trying to make his life better. AJ tells her that he doesn’t owe her any explanations and dips.

The call that Grace was on with Phil earlier was about parking issues at Calvary/H&H. Grace goes to the owners of the piece of land by the church to inquire about buying it. Turns out, that the strip of land was already sold to City on a Hill, who paid top dollar for it.  Grace’s wheels are turning.

Kerissa meets up with her flame and they end up talking about the Greenleaf property. Kerissa is giving Fernando wayyyy too much information about her relationship with the Greenleafs and her hopes that she would inherit the property once Mae and Bishop pass away.  Fernando wants to know who the property is willed to and tells Kerissa she needs to find out before she makes her big exit.  Fernando got them a room at a hotel, but Kerissa can’t even wait for that.  She wants to get it on and poppin at thee office…again.

And just as Kerissa is leaving Fernando’s office, she runs into Grace. Well, well, well.  Kerissa claims she was there to provide one more signature for the land they sold. What? You sold your land to City on a Hill? Kerissa *with attitude* tells her that she can sell her land to anybody she wants. PeriodT.  Grace meets with Fernando to inquire about additional land for parking, but is not successful.  Fernando tells her that he can’t help her, but that CoH is “deeply concerned” about the future of Calvary. He will share his plans with Grace as soon as he is authorized to do so.  What does that mean?  Grace leaves, but is determined to get more info. She gets her brother Aaron to do some research and he finds out that CoH is owned by H&H. Surprise, surprise.

Mae heads straight to the church to find out what’s going on with the scholarship. That should be a surprise to no one.  She finds Misty to get to the bottom of it and Misty tells her that it wasn’t her idea or Connie’s – it was Vida’s.  Remember Vida? She’s the young woman that Mac repeatedly assaulted.  So, if Mae has issues, she needs to address them with Vida.  Misty begs Mae to let it go, but you know that ain’t gonna happen without a fight.  Mae waits around for Darlene and Vida.  Both of them stand firm in their decision to move forward with the motion. Mae apologizes for all of the pain that Mac caused her and her intentions for the fund/scholarship and to ask for a chance to explain. Vida agrees.  Mae says her piece, and Vida wants to know how Mae didn’t know about what was going on? Mae then makes a shocking confession about how she was abused by her father…and maybe that was why she couldn’t see any of this going on…and she didn’t know.  Vida encourages Mae to share her story, but she just can’t.

Jacob and Charity are practicing the song “Reunited” for Bishop’s big proposal when Gigi comes to question Jacob about selling his land to H&H. Of course Jacob knows nothing about it.  Gigi doesn’t believe Jacob’s dumb act because of Kerrisa’s attitude at Fernando’s office earlier. And, so, another bomb is dropped on Jacob. That’s where Kerissa was today.  Gigi assumes that that’s why Charity was mad at Jacob earlier. Of course that’s not why, but, Charity tries to make Jacob play along and keep Gigi in the dark about her thang with Phil.  Jacob don’t care. He tells Gigi all about it.  Then Bishop walks in, and then Mae walks in (in a daze) and then Mae walks right on out because she don’t have the bandwidth to deal with their foolery.  Jacob promises Gigi that he will get to the bottom of the situation and Gigi thanks him. Thanks to their latest land acquisition all of the land bordering the church is owned by H&H.  But why? They don’t know, but maybe Jacob should ask Kerissa.

Mae has had quite a day, and Bishop joins her in the closet. She knows that he was going to ask her to marry him and she says, “yes.”

The next morning, Charity asks Phil why he didn’t tell her that H&H was buying all of the land around the church. Phil claims he didn’t know.  How could you not know that? Are Bob’s right hand or not? Uh oh. Bob ain’t been telling Phil everything. Hmmmmm…

Sophia shows up at Grace’s office to tell her that AJ came to see her at school.  She doesn’t know where he is now, but he had drugs in his backpack.  He is guilty. #fixitJesus

Kerissa got some ‘splainin to do! I think that Jacob has a feeling about Kerissa, but we shall see.

And Phil thought he was in on all of Bob’s plans, but it looks like Phil is being played.  If he were smart, he would team up with the Greenleafs and help them fight H&H.

So…AJ’s guilty? Ughhhhhhhh. Will he stay on the run? Will he show up when he realizes he has nowhere else to go? Will Grace get caught up in his foolishness for lying to the police? I don’t like this.

Bishop and Mae gon tie the knot again.  Good for them!

Will Mae’s confession about her own abuse help the church trust her again?

What is Winky’s real name?

Where is Noah?  Does he even know what’s going on with AJ?

What kind of lawyer is Aaron? I know that answer to that one. He is a TV lawyer. The ones who know everything about every type of law. SMH. 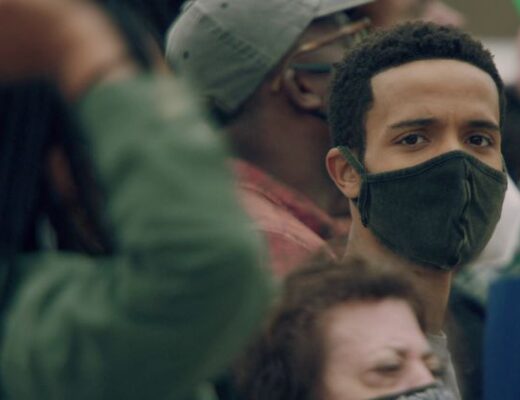