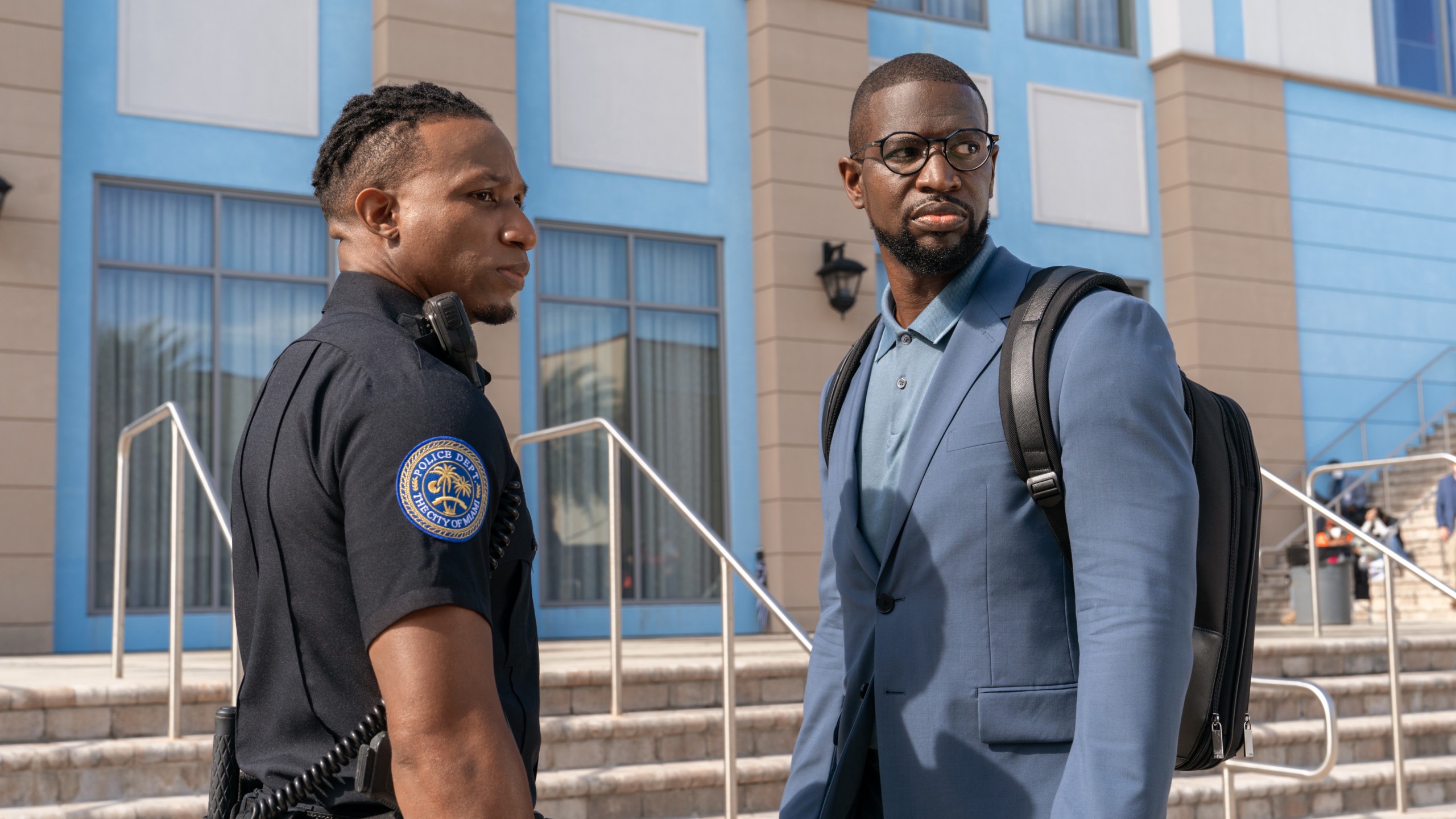 Annnnnnnd we’re back. And just like that David has become a man. Season 2 took a massive time leap and now 10-15 years (not sure exactly how many) have gone by.

We rejoin the grown up David and not much has changed. Just like in the very first episode, David is dreaming about being at the bottom of a pool and forgetting to wake up. It’s 3:28 AM, he awakes to pools of sweat and sweaty sheets. He changes them, heads out for a run and begins his day. Apparently this is normal for him and he’s getting tired of it. He gets on the train, with his backpack, looking like little David when he has a brush up with a police officer. It was a tense situation, except it wasn’t. The police officer is JG!!! Now who woulda thunk JG would have become the po-po? LOL. Anyway, Big JG and Big David get into the same kind of arguments they got into back in the day, so not much has changed there. SMH. After leaving JG’s foolishness behind, David walks to his building, puts on that winning smile, and gets ready to put on a show. David is some kind of huge businessman…a marketing strategist…and his next project includes redevelopment of Homestead Village aka The Ville. Uh-oh.

David gives a grand presentation to Mr. Padilla (the developer) and his associates, but eventually ends up talking to Mr. Padilla alone. David realizes that Mr. Padilla wants way more than to redevelop the hood. He wants to be mayor. So David tells him that he can get the plan permitted AND approved in 6 months! And now I am stressed out. Because…how? How, David? And then he gives Mr. Padilla this grand plan of how he can accomplish his ultimate goal of becoming mayor.

After a grueling day of code switching and potentially selling out the Ville, David heads to Gloria’s house. Before he goes in, his girl (I guess) Nicole calls. David missed yoga with her, which is super sad because if anybody needs some zen, it’s David. David tells her that his people won’t be happy to hear about his plans for the Ville. She tells him to give them some grace and just explain it. I doubt he will do either, but let’s see how this goes. Just as David was making plans to meet up with his boo tonight, JG opens the door and kills the mood. It looks like Gloria is running a foster home with a lady named Robin. Robin has to stop frick and frack from bickering because Gloria don’t like none of that in her house. JG is mad because David won’t ride with him to work. And here’s another surprise – JG has a kid who looks to be tween-ish/teen-ish so we definitely need the back story on that. All we know so far is that the kid’s mother’s name is Trish. JG is headed back to the Ville and invites David to come. David declines, per the usual. Gloria points out that David looks tired but quickly lets it go when David gives her some new sheets for the house. When Gloria leaves, Robin tells David that they will probably be moving north to Port St. Lucie. David seems surprised and disappointed. Will they stop fostering? Robin tells him that Gloria would never stop doing that…especially after what happened to Seren. SEREN!!! What happened to Seren? I want answers to that sooner rather than later. Gloria was supposed to tell David about their plan to move, but she didn’t. Robin tells David he looks tired, too. She wants to know if he’s still seeing the therapist. I’m gonna guess he’s not. But we shall see.

JG made his way to the Ville and brought Mx. Elijah some groceries. Time ain’t been kind to Elijah and Mx. Elijah gets JG and David mixed up. Something’s definitely going on there. Elijah keeps calling JG every time she hears a noise and JG wants it to stop. Before JG heads out, he stops by Shella’s apartment and there’s a lot going on there too. I need the backstory. But Shella tells him he needs to go home and check on his daughter AND Trish. Seems like Shella used to be his boo…and they might have some unresolved stuff. But then a fight breaks out and since JG is an officer of the law, he had to go check it out (even tho it’s not his jurisdiction – like he told Mx. Elijah). One of the kids pulls a gun and shoots JG! Yall…I wasn’t ready!!!! Shella saw it all go down and screams for help.

Remember those scenes from Season 1 where Seren and David were able to hear each other’s thoughts? Well, the same is happening now, except now it’s between David and his niece. Niece points out that this whole thing is weird and I was mad because David is too dayum old for this. The least he could do is try to comfort his niece with some real words. Gloria comes out with a sobbing Trish (I guess that’s who that was) and says that JG is breathing on his own but still in the ICU. Gloria goes through the list of things the doctors have been telling her and David zones out and has flashbacks of JG. A few minutes later, David approaches Gloria to make sure she’s ok. She says she is, but she’s talking about the AC – for the second time in this episode. Is menopause upon her? Or is it something else? And then David gets totally outta pocket and tells Gloria that this stress + chaos and boredom isn’t good for her…because she’s an addict and this could be a trigger. Gloria aint having it. She’s been clean for FIFTEEN years and she’s sorry for the past. And he probably doesn’t even know that because every time they celebrate something he has to work. Then she dismisses him. Go home, David. We have ALL changed, but it’s you that’s the same. So again, go home. And find you some calm. David grabs his things and leaves abruptly because he keeps seeing lil JG everywhere he goes.

David does go home and hooks up with Nicole…on a sheet-less bed. And then he sits outside of the shower holding a towel and her clothes like a butler. It’s really weird. Nicole wants to know about the sheets too. Where are the old ones? You got another girl? I don’t blame her for thinking that. She says that they are in an open relationship so it’s whatever. But he needs to be honest. And speaking of that…did you tell your family about the redevelopment? Ummm..no. He didn’t. Nicole leaves and the flashbacks start up again. David calls Gloria to check in on JG and there’s no new news.

David goes to bed. Dreams of the pool. Wakes up at 3:28 to sweaty sheets. Gets up. Goes for a run. But on this day, Mr. Padilla calls. I have questions about how professional this situation is and why he is calling at random hours of the early morning, but Imma just continue with this recap. Anywho, Mr. Padilla is interested in David’s plan because David was right – he wants to be mayor. And for him to get there, people have to see quick and bold progress. As for David, he wants to do this because he wants to make partner. Padilla was like, if you can make this happen and I become mayor, you gonna be my county executive. So here we go. But before this meeting is over, Padilla mentions that an officer was shot at the Ville tonight. Will that hurt us? David says, “no.” *insert deep sigh here*

Alright, fam. Let’s talk about this. This show is a poster kid for therapy. Regular therapy. David is walking trauma. Although the story has moved forward 10-15 years, he is still a high schooler. He managed to attain a level of “success” but he got a whole lotta other problems. I am assuming that because the time hop deprived us of seeing David go to Hurston, etc that we will get the story via flashbacks. I need a whole lotta them. I need to know how old JG was when his kid was born and the whole story behind that. And who is Robin? Where did she come from and is she more than just the person who runs the Robin’s Nest with Gloria? Is that Gloria’s friend…or Gloria’s boo? Seren. The way David looked when his name was mentioned makes me think it didn’t end well for him. Where’s Marissa? I like her and high key wanna know how her life turned out. And what’s going on with Mx. Elijah? When we left David, he was king of the Ville…so what happened to the other players and the drug operation? Where’s Raynan and ‘nem? Soooo…many…questions…

That’s all I got, yall. Tell me what yall thought about the season premiere? 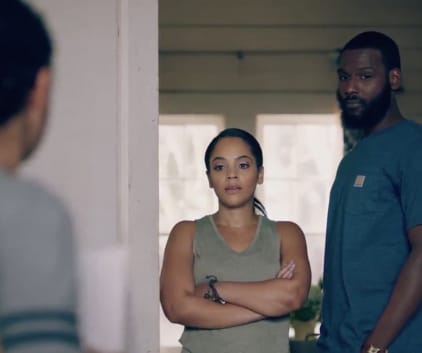 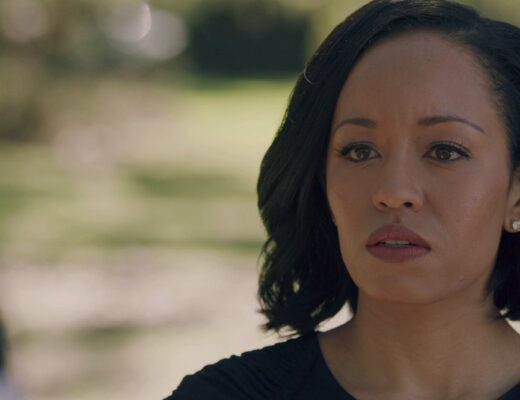 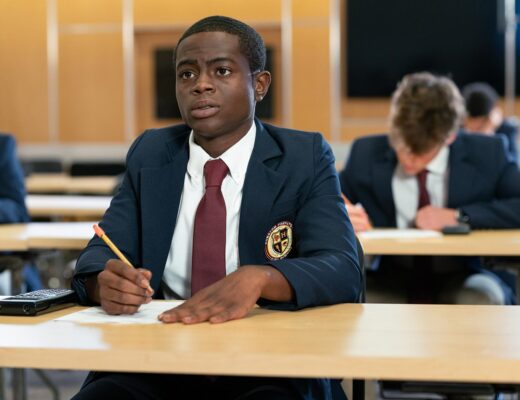