As always, Queen Sugar keeps me thinking.   And since Ava and Oprah have no regard for my feelings, there’s no new episode this week…so I had even more time to think.  I have had so many random thoughts lately, I needed to write about it…and talk to you guys about it. So, here goes.

The titles of Queen Sugar episodes have been an interesting part of the QS experience for me.  Season 2’s titles were from works of the Harlem Renaissance (one of my favorite time periods) and Season 3’s titles were from Maya Angelou’s “On The Pulse of Morning.” I LIVE! This season’s titles are from the poem, “Landscape” by Robin Coste Lewis.  You can read the poem in its entirety here: https://poets.org/poem/landscape-1

“Land is the only thing that God is not making any more of, so it’s a blood sport.” – Frances Boudreaux

If the Landrys are nothing else, they are consistent. They are some ole colonizing folks and they stay busy. They are a symbol of a larger system.  Before Charley rolled into town, their power basically went unchecked. After decades of lies, cheating and stealing, they upped their game. First, it was the prison. Now, it’s an interstate.  Their newest project is a federal interstate that will disparately impact the black farmers of the parish.  A few months ago. when I went on a tour of Sweet Auburn Avenue, the tour guide mentioned that Auburn Avenue was doing just fine until the interstate was built. The construction of Interstate 85 in the early 1950s, went straight through the Auburn Avenue/Sweet Auburn/Old Fourth Ward area. Construction displaced residents and businesses, and divided neighborhoods.  Atlanta isn’t the only victim of this and this has been going on for a LONG TIME.  But to build highways or anything else, you need land.

People in power usually get what they want. And one thing that lots of them want is land. Because land IS money. Land is also scarce – as Frances reminded us. The underlying theme of this show has been land ownership and the fight to keep land.  Don’t sell grandma’s house, yall. That’s what they are hoping you will do. Oh…and make sure you pay the taxes on it, too. That part is crucial.

We found out that Nova has some big issues with Charley (well…we actually knew that, but now we know what it is).  Privilege. Charley is half-white and light, therefore, she has privilege. I do not disagree. HOWEVER, Nova’s beautifully worded take down of her sister paints this picture in such a definitive way. Everything she has gotten was because of the paleness of her skin? Probably not. If Charley’s privilege were so strong, wouldn’t this fight with the Landrys be over? Wouldn’t they have given her everything she desires and let her run her mill in peace? Wouldn’t they stop trying to get Pop’s land because light skinned Charley wants it to be so? But, oh no.  Frances came to tell yall that the light skinned is still BLACK.  Nova’s perception of Charley’s privilege doesn’t take this fact into account. At least *some* of the things that Charley has done has been because she was capable and smart.  And some of it was due to the fact that she was/is rich. Money talks (let’s be real).  Some of it might be because she’s cute, and we have seen Charley use her looks or perceived interest in her to further her plans (Exhibit A: Jacob).  Anyway, we already know that “they” don’t just give stuff away. Black is black. Light or not.  And although privilege is a real thing, I find fault in Nova’s definitive statement on privilege and Charley’s use of it.

Nova believes that the family and the larger black community needs healing. I agree. But, what was wrong with therapy? Why was that overlooked as the first option? Why didn’t she have an intervention (if it was that bad) and schedule a family session? Nova needs to have a standing appointment with a therapist (for real, for real).  She talks about healing, but when most people determine they are ready for it, therapy is where they go. Is she like a lot of us and think we don’t need it?  Charley signed Micah up for therapy and ended up with a session herself (because Woke Micah went to do a service project with his favorite Auntie instead). But, Charley told Nova that that’s where he was supposed to be and Nova seemed happy that Charley had taken that action for Micah. So why didn’t Nova take this approach with the fam? I want to say it’s because writing a bestseller is way more satisfying than getting at the actual healing. I could be wrong, but…

Thanks to Nova’s unearthing of their secrets, the family is forced to “heal” on her terms.  Vi’s reaction to the return of Jimmy Dale, reliving details of her abuse and now dealing with one of Ernest’s secrets she had tried to forget has been terrifying.  I definitely think she has PTSD. And, can we talk about Charley? I love her and her strength, but I worry about her. Remember when she saw Romero at the doctor’s office and told him that she hadn’t called because she had not had a moment to think about herself? How is she handling all of this (the events of the past 2 years) without meds and a weekly therapy appointment. We have seen one anxiety-ish attack (at the opening of the mill), but that’s it.  She is like so many of us. We just keep on going. But that’s not healthy.  I want to see a few more massages and self-care moments in her life…and a nap. She needs a good, long nap.

Charlotte Appreciation Note. I was talking to a friend about Charley’s reads. We agreed that we should all aspire to have that level of control and calmness whilst going off on people. It’s very Claire Huxtable-ish and extremely admirable. It’s a skill. Her words are her weapons and she uses them masterfully. She doesn’t get enough credit for that. Let’s take a moment to appreciate the badazzery of Charlotte and the epicness of her verbal takedowns. One of my favorites of this season was with Frances. Frances just KNEW she had Charley all figured out based on Nova’s book. Charlotte countered by calling what Nova had written as “sentimental drivel,” and proceeded to let the ole hag know who she was dealing with.

The Evolution of Nova’s Foolery

“Her apologies are empty because in the end, it’s all about her and her self-righteousness.” -Charley Bordelon (used to be West) explaining how Nova operates to Remy

So, back in Season 1, Charley told us what Nova was all about.  But lots of yall (not me…yall) weren’t riding for #TeamCharley then. Yall should have listened. Charley was telling the truth.

When all of this book foolishness started, I was in disbelief. How could Nova do this? But as the season progressed, I started digging in the crates of Nova’s infractions. And you know what I found? Nova has always been this way…and the family has always let her get away with it. Nova has also always been hypocritical and/or her words and actions rarely meet up. Let’s take a trip down memory lane, shall we?

I am sure there’s more, but the point is this…Nova hasn’t changed. Her foolishness has just reached an all new high (and by high, I mean low).  The family continued to overlook and forgive and let her stuff go unchecked. And now…here we are.

Remember Martin Bennington?  Lorna found him at the Country Club when she was trying to help Charley save the mill. He was the distant relative of the Landrys with the 20,000 acres of cane. Lorna brought those two together and ole scary Remy told Charley to be careful. But nothing ever happened. What happened to Martin? I keep expecting him to show up.

Where is Nova’s friend, Sierra? I mean…Nova doesn’t deserve to have anyone to comfort her right now, but I keep wondering why she hasn’t made an appearance.  Sierra told her that this book was going to cause all kinds of problems with the family, and she was right.

So, Ant is in juvie. Did Charley and Davis contribute to his defense fund? Seems like they would have, but I don’t recall.

Whatever happened with the seed cane variety that Remy was developing? Remember when RA bought $15k worth of bad stalk (that was back when I couldn’t stand RA) and put planting in limbo? Remy came thru and asked Charley to take a chance on the seed cane he designed.  His seed cane was supposed to produce a higher sugar content, but no farmer (not even the ones he was “leading”) would try his stuff. Remy offered his for free, and Charley took a chance. So, I know they had harvest. But how successful was it? Did it do what Remy thought it would do? Honestly, I was hoping that would be the ending story for Remy. He became successful and had to move in order to do more research, etc. I *did* like Remy until he decided to double dip with Ernest’s daughters.

Is Blue still playing with Kenya? I may have missed it, but I ain’t seen her yet this season.

How much money did Hollywood get in the settlement? I am just nosey.  I need to know if he has enough to buy himself a business so he can stop following Vi around the diner.

Why is Dr. Laurent so pressed to be in Nova’s book? Wouldn’t having all of her predatory business in the streets be a disadvantage? It seems that she has a regular habit of having relationships with her students. And it also seems that when Nova writes about you, she doesn’t change names to protect the innocent or guilty. But the Professor was hurt about the lackluster mention. I feel some jealousy there, too. She will probably hurt Nova’s feelings in more ways than one…and I am here for it!

Why did Bayou State hire Davis in the first place? That scandal was public knowledge. It shouldn’t have taken a refresher via Nova’s book for them to remember that he was knee deep in an alleged rape situation. Susan in HR should have stopped that one.

Why is Micah always wearing sweatshirts? I thought it was summer in NOLA.

And speaking of summer. When the season started, it was the end of summer. Micah has had a birthday (his bday is in June), and school is about to start. So, why did Charley’s phone say April 15? Yeah…I peeped that.

Prosper. I blame Prosper for allluhdis. He was the one that told Nova about Ernest’s mental health (which led to the article on Ernest, which got rave reviews, which kept Nova on the path of telling other people’s secrets).  What else did Prosper tell Nova? And, does Prosper know what happened that night on the farm?

Queen Sugar is back on July 24! Until then, I am trying to find a support group. 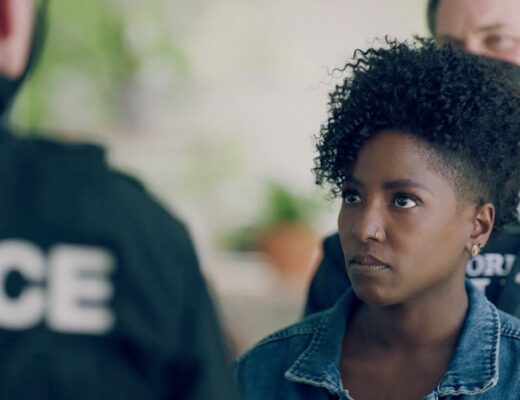