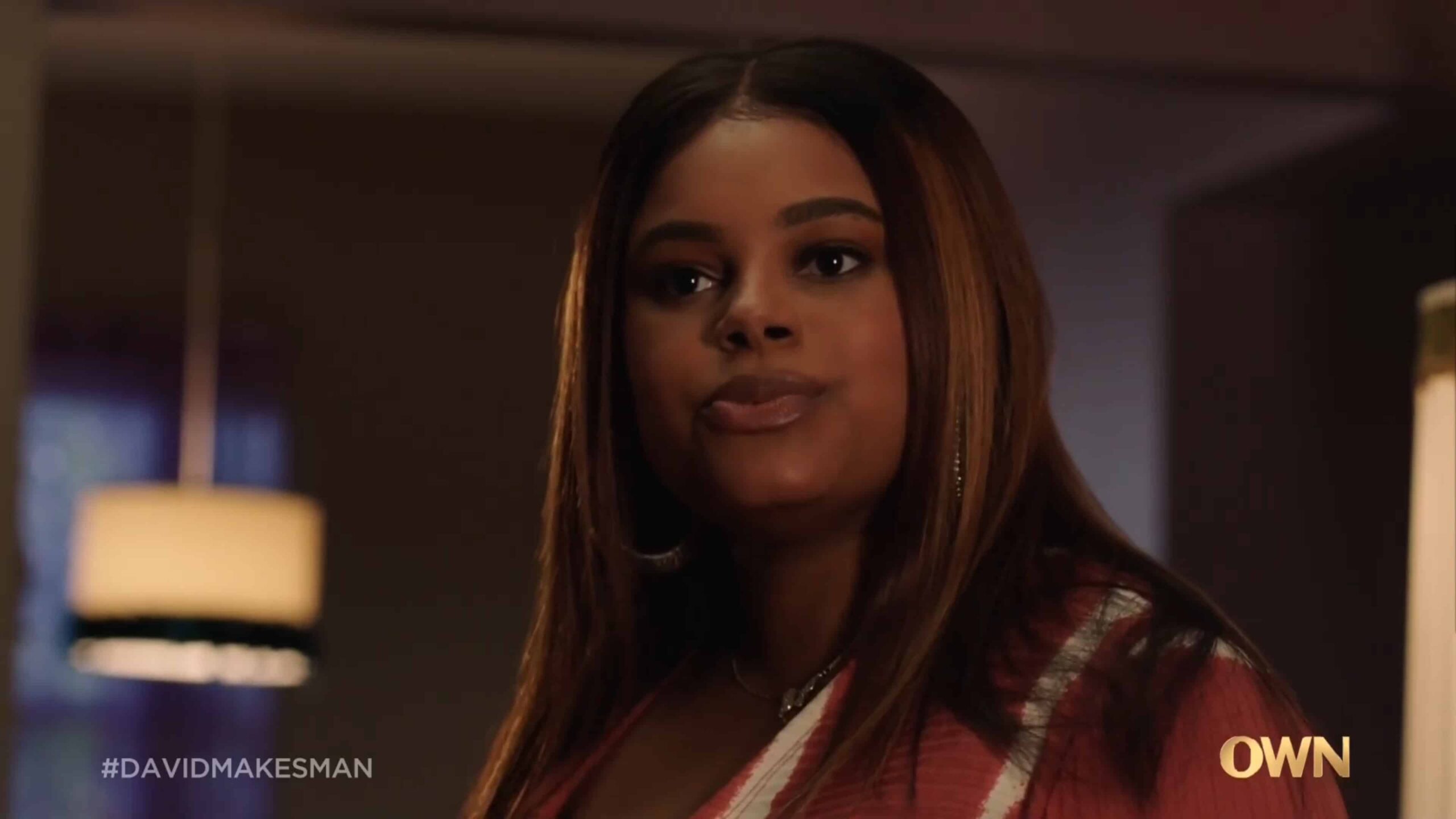 In this episode, we got some insight into the Queen of the Ville – Miss Shella. She starts her day with a call to a city official regarding problems in the Ville. She’s on the phone with someone she knows and tells him that he needs to put some pressure on Miami Dade Metro. He says he will look into her complaints. She stops some dude outside because his rent is late. She makes snacks for the kids and passes them out before they go to school. These kids happen to be Shalamar’s siblings. Shalamar is the boy who shot JG. Their mama is at the jail visiting him. Then she collects her money from a dude she allows to rent a parking space in the Ville. Later we find out that Shella also does lashes. She’s sells body products. And we already know she does internet stuff and tutorials. Oh…and while she was doing lashes, her friend/client told her she needs to get her real estate license. Wonder if she will take that advice? Shella gots LOTS of jobs, but the main one is holding everything together in the Ville. Shella also has PTSD from witnessing JG’s shooting.

While Shella plants flowers (at Mx. Elijah’s request and while Mx. Elijah barks orders out da window), David shows up. He’s standing in the same area where all of his trauma stems from. Shella has been beautifying the area the best she can. It’s been YEARS (15) since David came home. Shella calls him the prodigal son. Mx. Elijah seems really happy and overwhelmed to see him and asks him about Nicole. Of course Elijah knows about Nicole because Gloria always spilling tea. But Elijah also mentions that David isn’t seeing Tare anymore. Hmmmm…so they did become a couple. Interesting. So anyway, Shella asks David what’s up and David tells her that The Ville is about to get an upgrade. Upgrade? Yeah. Redevelopment. Shella was like…you mean gentrification and that doesn’t sound like it’s going to help anybody that’s already living here. Before Shella could tell David off real good, Elijah falls down the stairs and that emergency derails the conversation – for now. Shella takes care of Elijah’s leg and while she’s in the apartment, she finds out that Elijah’s fridge is empty. Elijah told Shella not to worry because JG is gonna bring him some groceries.

Meanwhile, David is outside with surveyors. He’s low key rude when one of the surveyors tells him that they weren’t expecting the property to be so large and that it’s going to be expensive. While David is on the grounds, his flashbacks run wild. Of course he relives the night Sky was murdered. Marissa shows up just as his daydream is ending. She is on this project, too (on the other side) and so they have to work together to get this survey done. David wants to know why she doesn’t like him because he has always been nice to her. She says that he’s only been nice when he’s wanted or needed something or when he’s caught off guard (she’s got a point). And then those two start arguing like they used to back in the day. The more things change, the more things stay the same. All their arguing got Shella’s attention (and Mx. Elijahs). Shella wants to know what all these men are doing walking around The Ville. David says they are here to survey for the redevelopment. Marissa tells her they are there to tear down the Ville and build a luxury mall. A mall? Shella is on it now! One point for Marissa. LOL.

So now David has to head up to Elijah’s to try to convince Elijah and Shella that what he is doing will help them and the Ville. Elijah seems more heartbroken than anything else. Is that why you stayed away for so long? David doesn’t have an answer. Shella tells David that he needs to expect pushback on this and makes a beeline to Marissa to get the rest of the scoop. Marissa tells her it’s about expansion and the poor people will have to make way. So Shella’s question is why Marissa cares. Marissa tells her about the environmental issues and the water issues that may occur because of it. Shella hears what she’s saying, but saving the Earth ain’t her main issue. Saving her home and people come first.

Shella ain’t waste NO time getting the residents of the Ville together to tell them about the plan to tear the Ville down and build a mall. Shella is on the case but she doesn’t have much info. What she does know is that JG’s shooting probably doesn’t help their cause and gives folks a reason and excuse to demolish their home. And David is in charge of this foolery. Shella believes it’s because JG got shot there. The folks don’t think they have a chance to fight this with the county, but one of the aunties said they don’t need the county. Just call Gloria because she don’t play them kinda games. LOL. So Shella leaves the meeting and walks to her apartment, but she keeps hearing sounds. At first, I thought it was her PTSD, but nope. It was David and Marissa getting it in in the laundry room on top of the dryers. Y’all! I want to say I was surprised, but that music they were playing when David and Marissa were fighting in the courtyard said otherwise. Them two done had that crazy energy since middle school. I still wasn’t ready for this tho. David might be weird, odd and traumatized, but he ain’t go no issues with the ladies.

Catching David in the laundry room was thee final straw and Shella immediately called Gloria. I find it interesting that the first thing that Gloria asked Shella was if something happened to JG. Ummmm…how would Shella know what’s going on with JG? Ain’t he married (kinda) to Trish? Ok. Moving on. Shella was like JG is fine, I’m calling bout your other kid. David? Yep. David. David says it’s a redevelopment. The savethewhales chic said they are tearing it down to build a mall and gentrify the area. Gloria is so confused right now. But Shella continues. And then I found him getting cookies from the savethewhales chic on top of the dryer. Gloria was like…who? DAVID? Gloria tells Shella she’s going to talk to David and get to the bottom of it, but she’s in total shock. Especially about that last part. I cackled.

David got himself together after getting what he wanted from Marissa and stopped by Mx. Elijah’s place before leaving. Elijah was making some soup. David offers to buy groceries or have food delivered. Elijah tells him not to worry. Elijah let’s David know that he/she knows that David has a plan – because he always does. Remember the last plan he had that got them all in a serious situation? Elijah wants to know the plan. David tells Elijah that they will demolish the Ville and build condos and that the mall is just to draw some players to the game. If he does this right, he will be in a position to do some good and work with the mayor and make real moves. His plan will include providing a better life for Elijah. And then Elijah responds by confusing David with JG. *le sigh*

On the way out, David runs into Shella. What happened David? They used to call you “King David,” Sky’s successor and protector of The Ville. So how are you going to sell us out? This used to be your home. Tomorrow Shella is starting a petition and the fight is officially on! David’s ride pulls up and it dawns on me that David doesn’t drive or have a car. Why?

In true Black mama fashion, Gloria ain’t waste no time getting all up in David’s arse. How you gonna be getting nasty on them people’s dryers? Who is this hussy? It was Marissa. Marissa. From middle school? That nice girl. What happened to Nicole? But Gloria ain’t even wait to get an answer until she moved to the next set of inquiries. And you tryna tear up the Ville? David gives her the same lines he’s been giving everybody else. Except this time, he turns on her. When’s the last time you’ve seen Elijah? When’s the last time you went to The Ville? Elijah kept forgetting stuff and there’s no food in the fridge. Nonetheless, Gloria tells him that his plan will not make life easier for them over at the Ville. And the Ville wasn’t all bad. They had good times there too. Sometimes you need a place to hold your memories. Then JG comes hobbling in to tell David that he’s an asshole and this plan is coldblooded.

JG is finally well enough to make a grocery run for Mx. Elijah. Then Elijah tells JG that David put that fan in. The same fan JG was supposed to put in and that he needs to be more like David. JG was like…who bringing you groceries and who tryna kick your arse out the Ville? Elijah said that David done changed and that he should have gone to a Black college (LOL…I concur). JG heads out and has to pass the scene of the shooting. And ends up at Shella’s. No surprise there. Shella told JG she would handle the groceries for Elijah, but JG came anyway. My guess is that JG just wanted to see Shella. Supposedly, he came by to thank Shella. Ummm…ok. Shella tells JG about how she has memories of the shooting. She tells JG she can’t believe how David is doing all this stuff. JG defends him. He says it’s not what it is AND his little brother just got shot here. And…JG tells Shella that he ain’t feeling this place that much either. Shella says that Shalamar was defending himself against the kids who been on him. JG was like…so…it’s my fault I got shot? Shella tells him he’s not a victim…he just got caught up. And with that, JG is over it. Before he leaves, Shella tells JG that Shalamar’s public defender is pushing him to plead guilty. JG was like…well…it’s in the law’s hands now. Shella still can’t believe JG’s nonchalant attitude. He shot a cop! How do you think that’s gonna go? JG replies, “like you said, he shot a cop.” Shella’s not done defending Shalamar. He got scared and made a mistake. Now he has to pay for the rest of his life. That could have been you back in the day. JG isn’t phased and he leaves.

Back at David’s house, he is finally have good memories of his time at The Ville, while looking at plans for the redevelopment.

So listen. In the beginning of this season, I didn’t think I would like this new set up, but I’m kinda feeling it now. Each week is a new character and a chance to answer a few questions. With this episode, we found out that Ms. Hertrude had died, David hadn’t been back to the The Ville in 15 years, and that David and Tare were a couple at one point. They are still holding out on Seren’s story, but I”m gonna extend some grace. Do y’all think that David targeted the Ville initially because of his hatred for it. And do you think that anything that happened in this episode will lead him to change his mind? 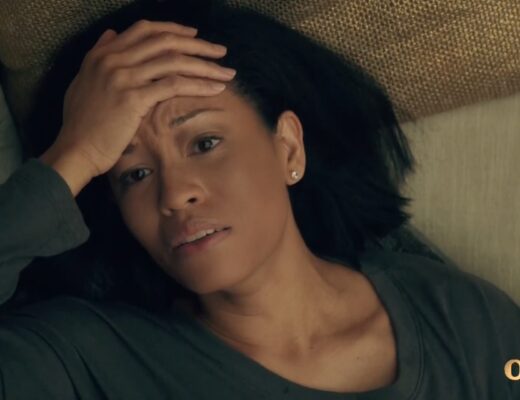 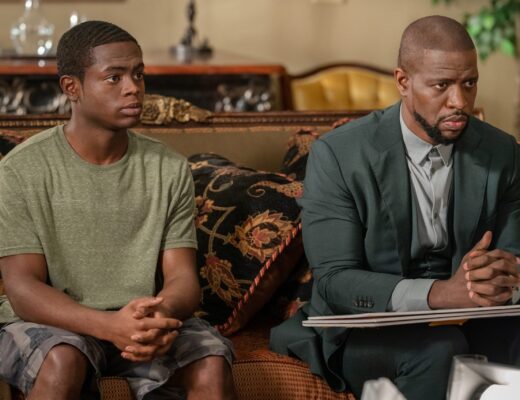 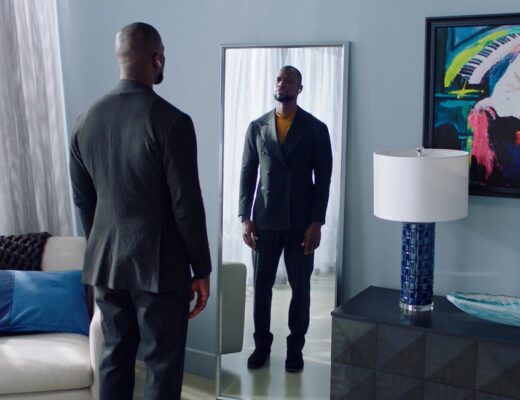