I only made it through four books in March, but I am ok with that.

This month, I re-read Red at the Bone by Jacqueline Woodson for my book club. I have already reviewed this book, but I will say that I enjoyed it more the second time around. I paid more attention. I thought about it more and this book goes down as one of my favorites. Having a discussion with my book club about it exposed so many more layers. In an unusual twist, we ALL enjoyed the book. I love it when that happens. Check out my previous review of this one and read it! You won’t be disappointed.

I am an Ed Gordon fan, so when I saw that he had a book, I had to read it asaptually. Conversations in Black on Power, Politics and Leadership was like an Ed Gordon BET special/Black State of the Union. Remember when Tavis Smiley used to host the BSOTU every year? I used to look forward to that. So, this book was like that. The most prominent voices in Black America speak on our most pressing issues. I enjoyed the variety of guest contributors. There was representation from every corner of our universe – from Laura Coates to TI. This was a good, easy read. I read this one via Audible because I like Ed Gordon’s voice.

“This is a memoir of (my) body because, more often than not, stories of bodies like mine are ignored or dismissed or derided. People see bodies like mine and make their assumptions. They think they know the why of my body. They do not.”

Roxane Gay has become one of my favorite authors (and one of my favorite people in general) and her book Hunger: A Memoir of (My) Body did not disappoint. After a traumatic event, Roxane began to eat in order to cope and to hide. Weight provided safety, but presented a host of other problems. Roxane Gay is extremely candid, honest and insightful about how she got to her weight, her family’s attempt to reign her and her weight in, and the mental and physical anguish it causes and continues to cause. I will never think the same way about obesity, weight loss surgery or one of my favorite shows – My 600-lb Life. There was so much here. Per the usual, Roxane tells the story in a way that immediately draws you in and captivates.

“Great Migration. It would become perhaps the biggest underreported story of the twentieth century. It was vast. It was leaderless. It crept along so many thousands of currents over so long a stretch of time as to be difficult for the press truly to capture while it was under way. Over the course of six decades, some six million black southerners left the land of their forefathers and fanned out across the country for an uncertain existence in nearly every other corner of America.”

And now, for my “trophy book.” I started The Warmth of Other Suns: The Epic Story of America’s Great Migration by Isabel Wilkerson years ago – like when it was first released in 2010. *le sigh* I never finished it and that is rare for me. For years, it has been in the back of my mind. The book was haunting me from the shelf. The Diverse Magic Book Challenge prompted me to pick it up again. I guess I was in the right frame of mind this time. Having a little extra quiet time because of daRona helped, too. I am proud to say that I finished it this time. Not only did I finish this epic novel, but I enjoyed it.

Between 1915 and 1970, almost six million Black people migrated from the south to different parts of the country.  Warmth chronicles the lives of three southerners and their migration story.  Ida Mae Gladney left Mississippi for Chicago, IL and lived long enough to vote for Barack Obama for Senate. George Sterling left Florida for Harlem, NY. Robert Foster left Louisiana for Los Angeles, CA and became a successful doctor and socialite.  Although the stories are true, it read like fiction. I was invested and involved and when the story ended, I missed Ida, George and Robert. For me, this book was an eye-opener about why some people in my family chose to leave the south, while others decided to stay. My grandmother spoke often about staying because the land was ours and so that our people would have something to come back to. And in the end, her brothers did come back to live in the south – one by one. That was a sentiment discussed in the book as well. The truth is whether they stayed or left, they would be met with discrimination and hardship. This story made me appreciate the bravery on both sides – the courage that it took to pick up and leave all that you have ever known in search for freedom AND the courage it took to stay and fight. There’s no wrong. In short, this book had me all in my feelings as I tried to imagine my grandmothers, grandfathers, uncles and aunts and what living through the times must have been like. This was truly an epic story. It’s a LONG one, but it’s definitely worth your time.

Welp. That’s it for this month. I shall return. 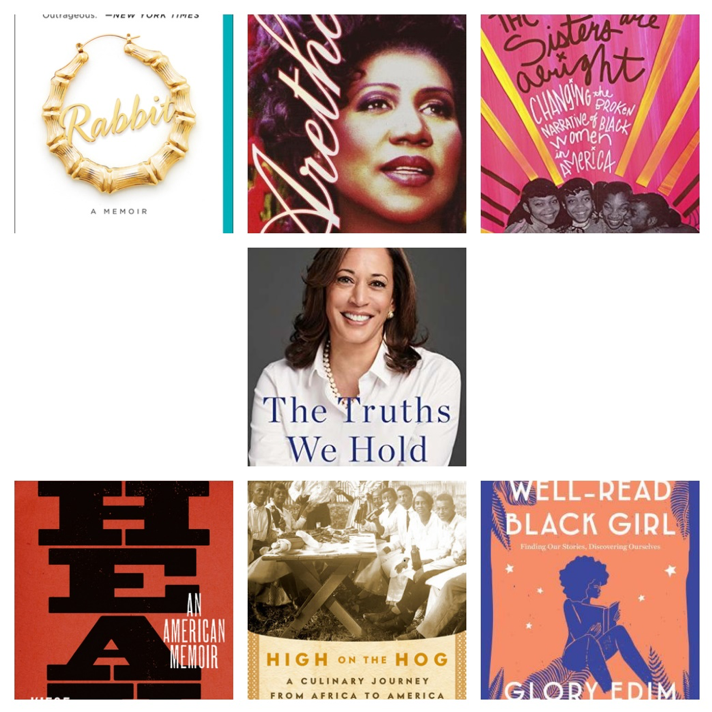