I dedicated the month of July to Black classics. Some of the books I had read during my teenage years, while others were books that I have been meaning to read forever.

The first three books were re-reads.  And, let me tell ya…these classics hit different when reading as a grown woman.

First up, I Know Why the Caged Bird Sings by Maya Angelou. I decided to read this one via Scribd and that was the best decision ever. To my surprise, the narrator was none other than Maya Angelou! It was so heartwarming to hear her tell her story. I was so in love with her narration that I listened until the very end…like…the part where they tell you about the book’s copyright. I did not want it to end.  This book is Maya Angelou’s first autobiography and is a coming of age story. Her parents are divorced and at an early age, she and her brother are sent to live with their grandmother in Stamps, Arkansas.  Her time in Stamps is riddled with racism and a constant questioning of her abandonment by her parents, but there are also tons of lessons that she learns from her grandmother and Uncle Willie. At the age of eight, she ends up in St. Louis, with her mom, where she is sexually assaulted by her mother’s boyfriend.  The assault was tragic in so many ways, but the fact that the man was later found dead added to Maya’s guilt.  As a result, she refused to speak for quite some time.  She is shipped from place to place, discovers her love for words through many authors who inspired her, becomes a teenage mom and searches for acceptance, love and happiness along the way.  I promise you when I read this book the first time, I didn’t pick up on any of the themes.  Identity, acceptance, racism, self-doubt, self-worth, the power of words, community and abandonment. All of it. As a child, I read this and fell in love with Maya because I saw a lot of her in me – especially as it relates to my grandmother. She was one of the strongest people I knew and Maya learned so much from her grandmother, as did I. As an adult, I read this and fell in love with her perseverance and her fight. To read this and know of the giant she became gives me chills.

The second re-read was The Bluest Eye by Toni Morrison.  I read this in July and Toni Morrison passed away in August. I was happy that I had started to revisit her work during this time. It is truly timeless.  This was one of my mother’s favorites and she was more than happy to put this one on my summer reading list.  In 1941, in Loraine, Ohio, a little black girl named Pecola is struggling through life. She is dark, often called ugly, and develops a complex as a result.  Her only wish is to have blue eyes because blue eyes (a direct relation to whiteness) will make it all better.  In my first read of this book, a LONG time ago, all I got was that Pecola thought that being white would make her life better – and that is still true. However, this second read allowed me to think much deeper about beauty standards and how ingrained they are in our culture…and how we are still fighting against them all these years later. But even with a conscious effort to tell ourselves that our melanin is magic, colorism and self-hate is still a thing! This reading of The Bluest Eye was different because I was reading it as a mom. I wanted so desperately for somebody to tell this child that she was loved, and beautiful and to rescue her. It never happened.  And like most Toni Morrison books, I think it will take me several reads to see, understand and catch all that’s there – and that’s the beauty of this book and all of her others. Rest well, Queen.

My final re-read was Their Eyes Were Watching God by Zora Neale Hurston.  The story begins at the end, when Janie Crawford, who is in her 40’s returns home and tells her best friend about what has happened in her life. Janie takes us through all 3 of her marriages and recounts all of the loss, shattered dreams, realizations and love she found along the way.  Her first two marriages gave her nothing that she needed and she finally found love with the most unexpected person, Tea Cake, and ends up tragically losing him. Janie has a strong, independent spirit. She spends her whole life searching for the love and life that she has always dreamed of having.

I first read this book as a young teen.  I think that I was stuck on the love story. Janie finds love with Tea Cake – an unlikely love and they weather a huge storm together. I think my first reading left me in love with Zora Neale Hurston’s beautiful words and style. But, as a grown woman, EVERYTHING in this book hits different. There’s so much. I don’t want to write a dissertation, but I will share a few of my favorite quotes.

“Ships at a distance have every man’s wish on board. For some they come in with the tide. For others they sail forever on the horizon, never out of sight, never landing until the Watcher turns his eyes away in resignation, his dreams mocked to death by Time. That is the life of men. Now, women forget all those things they don’t want to remember, and remember everything they don’t want to forget. The dream is the truth. Then they act and do things accordingly.”

“The wind came back with triple fury, and put out the light for the last time. They sat in company with the others in other shanties, their eyes straining against crude walls and their souls asking if He meant to measure their puny might against His. They seemed to be staring at the dark, but their eyes were watching God.”

“If you’re silent about your pain, they’ll kill you and say you enjoyed it.”

Every one of these quotes is a whole sermon.

And now for the new reads…

Kindred by Octavia Butler was a book that I wanted to love with all of my heart and soul, but didn’t. Shocker…I know. Kindred is about a 26- year old woman named Dana who is married to a white man.  The year is 1976 and they live California.  But, the book takes place both in 1976 and during slavery (in Maryland), since Dana (and her husband) are transported back and forth where she is in direct contact with her actual ancestors. Dana experiences all of the evils of slavery and ends up in direct conflict with Rufus, a white ancestor and son of a plantation owner.  Dana’s husband, Kevin, also gets caught up in the time travel, but Kevin’s experiences were totally different – because he’s white. He helped slaves escape, traveled north, worked as a teacher, etc.  Although I did not love the book like most of my friends did, it was quite thought provoking.  What if we could go back and meet our ancestors and actually experience their fight to survive? I can’t even imagine going back in time, while knowing what the future will look like. It seems like it would be haunting, frustrating and beautiful at the same time (I’d love to know who my people are…but bearing the hardships with them would be horrific).  I did love how Octavia Butler brought the institution of slavery to life by using Dana and the other enslaved people to tell the story.  So, while this wasn’t one of my favorites, it was a good and thought provoking read.  And I think this would make a great movie.

The Autobiography of an Ex-Colored Man by James Weldon Johnson, was a book I picked up because James Weldon Johnson was the author, and I had no idea that he was a writer of anything but “Lift Every Voice and Sing”.  This book takes place right after the Civil War, in Georgia, and follows the life of a mulatto man. His father is a wealthy, white man and his mother is a black woman. The father is absent throughout is childhood, but gives financial support.  His childhood life is fine, until he discovers that he is actually black and the kids at school start treating him as such.  As a result, his mom tells him that he is biracial.  His mom dies when he is young, he becomes an orphan and lives among poor blacks. At that time, he also become a musician, which leads him to playing ragtime in clubs, and catching the attention of a wealthy white man. This becomes a lucrative opportunity for him, but he eventually decides to stop traveling the world and come home.  Back home, he witnesses a lynching for the first time, and he decides to start passing as white.  From there, we take a journey through the rest of his life as a white man.  I didn’t love this one either, but it was an ok read, and another thought-provoking topic. Lots of people passed for white, but I have never read a firsthand account of what it must have been like to do so.

Up From Slavery by Booker T. Washington was my favorite “new classic.”  I really can’t believe I hadn’t read this one already.  This was my 50th book of the year, so I wanted to make it special. Booker T. Washington is a distinguished graduate of Hampton, so he got the honor.  I don’t even know where to begin with this one.  This is Washington’s story of how he rose from an enslaved person, to the founder of Tuskegee, to one of the most admired African-Americans in our history.  He is quite introspective and careful with his words.  I loved hearing about his time at Hampton and what life was like when he attended, back when Hampton was a “baby school.” His recollection of the people who gave him a chance, the curriculum and the values were interesting. Many of the people he named, I recognized because buildings at Hampton are named for them.  He spoke fondly of Hampton’s founder, General Armstrong, and they were actually friends.  The effort that it took to raise money and to keep raising money to start and build Tuskegee was inspiring, as well as the fact that the students were just as responsible in its building as he was.  I was touched by the formerly enslaved people who gave what they could so that others might have a chance – one person donated 6 eggs, while others donated hogs or whatever they had to give.  Because of what Washington was able to do in Tuskegee, he became a leader and a national figure, who earned the respect of many.  And although I find myself constantly going back and forth between the great DuBois v Washington debate, this book helped me to understand more deeply why Washington believed what he did.  This one does make my favorite books list and I highly recommend it. 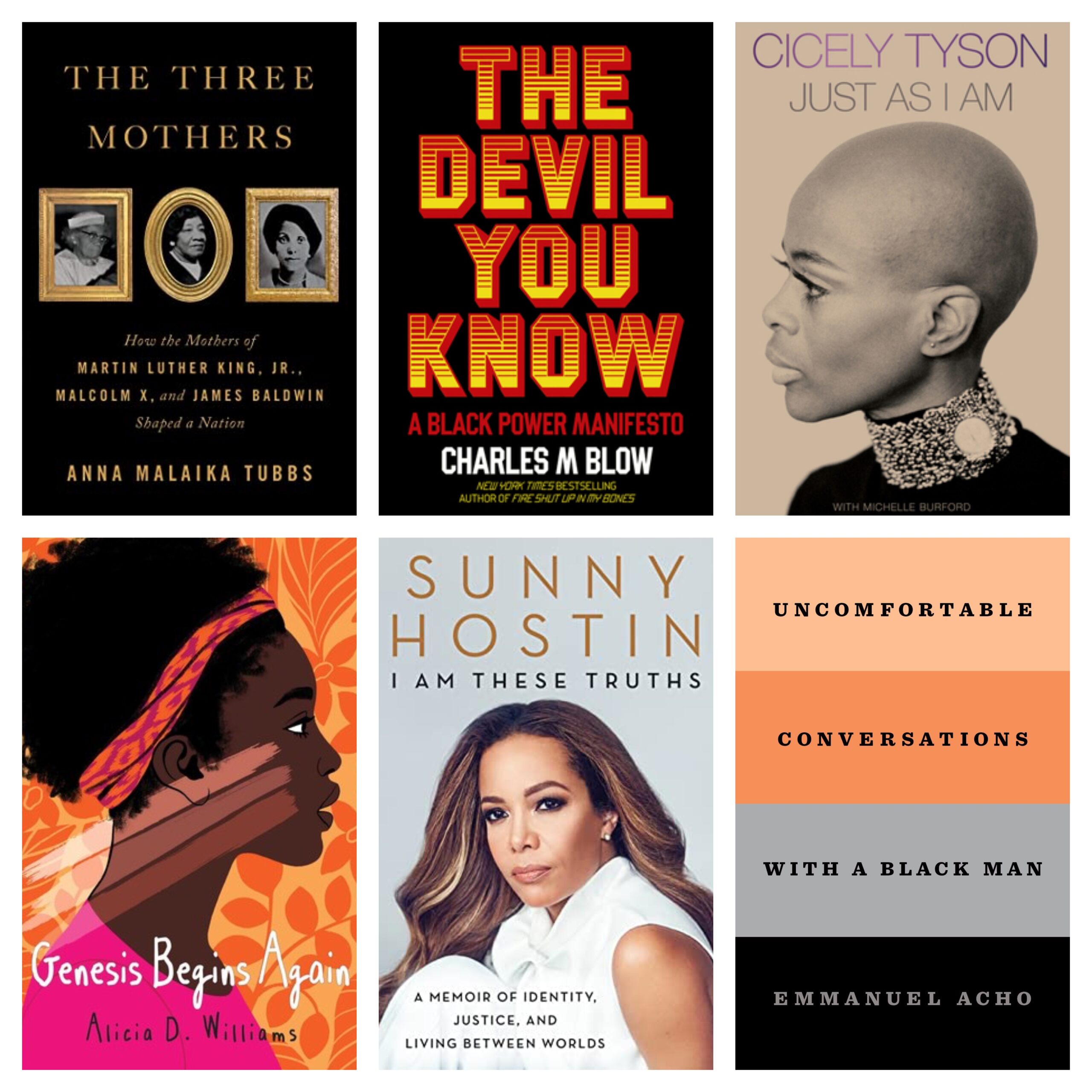