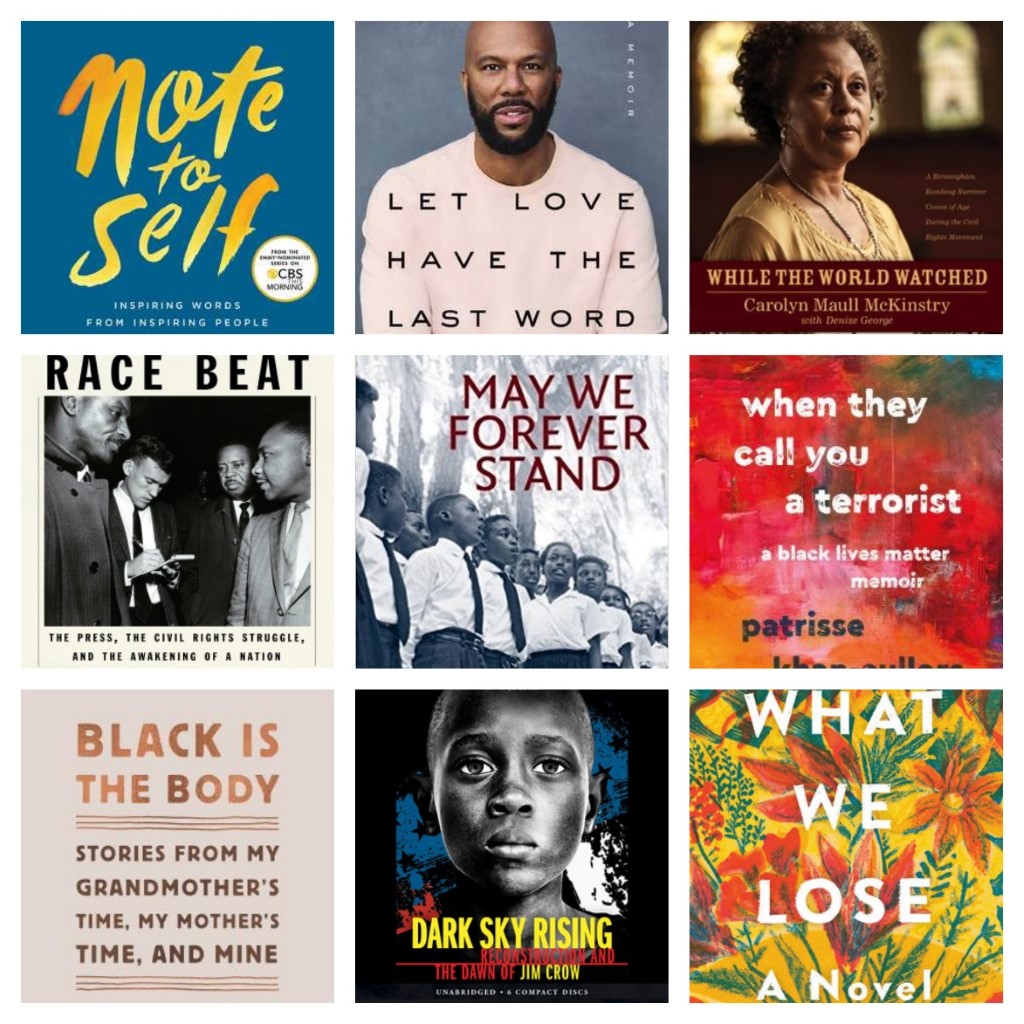 Where do I begin? It was a good month, yall! My top three for the month were: May We Forever Stand, When They Call You a Terrorist and While the World Watched.

How could there be so much to say about one song? That was my question when I stumbled upon May We Forever Stand: A History of the Black National Anthem by Imani Perry.  I thoroughly enjoyed traveling through the history of Lift Every Voice and Sing.  The book begins at the beginning with the story of how the song originated (as a poem written by James Weldon Johnson for children at a Florida school to recite for a special program), was put to music by James’ brother, Rosamond, then literally traveled through black history.  Imani Perry takes us through the actual song, the highs and the lows, the musical inspiration and everything else. But then, we get to see how the song became our anthem, how it almost lost it’s status to “We Shall Overcome” and why it is still alive and relevant today. I enjoyed how Perry weaved this song into our history.  This was a great read and I learned so much!

When They Call You a Terrorist: A Black Lives Matter Memoir by Patrisse Khan-Cullors is a memoir that I won’t soon forget.  I thought that this book was going to be more about the Black Lives Matter Movement, but it is actually the life story of the one of the co-founders of BLM, Patrisse Khan-Cullors, and how her entire life lead up to her being at the helm of one of the most important movements of our time.  Patrisse was born and raised in LA to a single mother and a sometimes present father, struggles with poverty, deals with an extreme police presence in her life, the incarceration of her brother and later her father, grapples with her sexuality, love, loss, mental illness and family.  This is a beautifully written memoir, though at times it was tough to read.  By the time we get to the how and why of BLM, it all makes sense.  She has been organizing and fighting her whole life, BLM was just the next step.  In the book, Patrisse calls out the many ACTUAL terrorists that our country has refused to call out, but somehow, she has been labeled as one. That is painful. This book made me realize that we really do not give enough credit to the women behind BLM and that BLM is beyond necessary because of the white supremacy that lurks in every corner of our society.  I was moved by her story and I highly recommend this one.

While the World Watched: A Birmingham Bombing Survivor Comes of Age During the Civil Rights Movement by Carolyn Maull McKinstry is the eyewitness account of a survivor of the 16th Street Baptist Church bombing.  Had Carolyn been in the bathroom a few minutes longer with her friends, she could very well have been killed in the church on that day.  What I found interesting about this book was that we are taught about the bombing and it’s importance to the Civil Rights Movement as a whole – but that’s it. I don’t think we ever really stop and consider the trauma.  What happens to a community after a tragedy like this? How do all of those children who had gathered in the house of Lord for Sunday School process this?  What was it like to be a child during that era? What was it like to have been a part of the Children’s Crusade? I appreciated the author’s honesty and perspective.  This was surely a turning point in the movement, but it also changed the course of all of the lives that were touched that day.  The book moves beyond the bombing and the author tells her personal story of how she navigated those tough times and impact it had on her life.  This was eye-opening for me and full of history (which I always love). Add this one to your list.

Dark Sky Rising: Reconstruction and the Dawn of Jim Crow by Henry Louis Gates Jr. and Tonya Bolden is actually a book written for a younger audience and one that I am reading with my son.  However, considering that most people were never taught about Reconstruction at all, I think it’s a good read for adults too. This is the story of our country during and after the Reconstruction period – from just before the Civil War to “Birth of a Nation.” Plessy, the Freedmen’s Bank, the Niagara Movement, the creation of the NAACP, Booker T. Washington – it’s all there.  It’s very informative and full of historical information.  And, just so yall know…I stan for Henry Louis Gates. He is the GOAT.

Note to Self: Inspiring Figures Write to the Young People they Once Were by Gayle King is a delightful, light read.  Gayle King shares some of her favorite letters from CBS’ This Morning “Note to Self” segment.  Now that you are older and wiser, what would you tell your young self? That’s the premise of the book. My favorite entries were from Oprah, Alexis Ohanan, Tyler Perry and John Lewis.  This book is inspirational, introspective, funny, sad and encouraging all at once.  It’s always good to learn about other people’s stories.  You usually find that you are not alone.

Black is the Body: Stories from My Grandmother’s Time, My Mother’s Time, and Mine by Emily Bernard is a collection of essays on experiences as a black woman.  “I am black –and brown, too.  Brown is the body I was born into. Black is the body of the stories I tell.” Bernard was raised in the South, has a PhD from Yale, married a white man from the North, adopted to kids from Ethiopia and lives in New England. Yep…she has a story to tell.  She is a masterful storyteller.  At times I felt like the essays were disjointed, but I enjoyed her story nonetheless. It is just another reminder that we are not monolithic. We all have these collages of colorful, painful, beautiful stories that have shaped us. Sharing them is crucial.  At times, I found this book to be a little slow, but I still think it’s worth the read.

Let Love Have the Last Word by Common was just ok for me.  I know…yall gon hate me for this one.  I think I expected more, but it was still a decent read.  Common gets personal about his relationship with his daughter and his regrets about what kind of father he was able to be (and not be) to her.  He talks about his mother and father, sexual abuse that he had blocked from his memory and his life. The common theme is love – and how love is simple, but so hard. And how it’s often the hardest to love yourself.  It was very introspective and honest and what I liked the most was that he was extremely vulnerable. I hope this encourages men (especially black men) to open up, be honest, allow love, give love, seek help and strive to be better in every way.

The Race Beat: The Press, the Civil Rights Struggle, and the Awakening of a Nation by Gene Roberts and Hank Klibanoff was a book I really wanted to love. Like…I wanted to LOVE this book, but it just dragged on and on for me. The information was good, but it was super slow. However, I did learn a lot about the evolution of news coverage, the importance of the news, how news shaped the Civil Rights Movement and more. Good info…just…slow.

What We Lose by Zinzi Clemmons had me all up in my feelings.  Thandi is the daughter of a South African mother and an African-American father. She is constantly caught between worlds – black, African, white, American – all of these, but none of these. This book is a novel, but it seemed more like a memoir to me. Thandi’s life is shaped by her background and her mother’s expectations hold a prominent place in the choices she makes (and doesn’t make). She goes through friendships, love, heartbreak, motherhood and divorce. But, the biggest thing in this book for me was the story of dealing with grief.  After her mom’s battle with cancer and death, we get an up close look at what real grieving looks like.  All of the emotions and confusion are overwhelming. It’s coming to terms with the gravity of what was lost, but also choosing to live again.  I read this one via Audible and I wasn’t keeping track of where I was in the book. When it ended, I was sad. I wanted more.  I want to know how Thandi is doing now and if she has found the comfort and clarity she so desperately needs.  This was a good one. 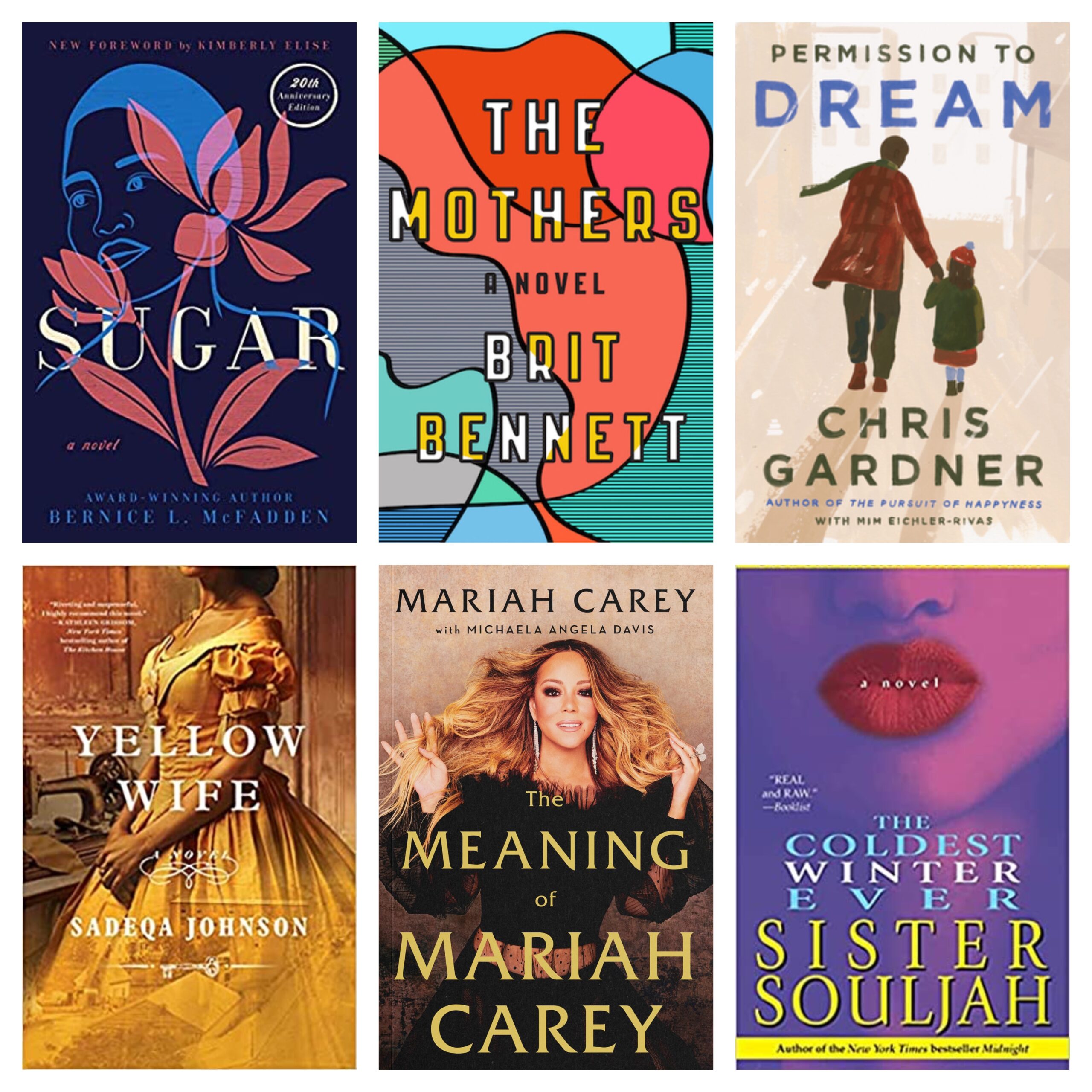