I am usually able to read 7-9 books per month. But…this month was filled with some great summer travel and I fell way short. Like…really short. Like…I only read 3 books this month. #judgeyomama

BUT, they were some really, really good ones! I promise.

Uncommon Marriage: Learning about Lasting Love and Overcoming Life’s Obstacles Together by Tony Dungy, Lauren Dungy and Nathan Whitaker was much better than I had anticipated.  Everybody knows Tony Dungy, the first African-American head coach to win a Super Bowl, but this book give insight into how he got there and the woman who has been there through it all.  Tony and Lauren Dungy share their “secrets” to a healthy marriage and give advice on how to persevere through adversity.  They are honest about the highs and lows in their marriage – including the loss of their son and their decision to adopt several children.  I listened to this one on Scrib’d and I enjoyed listening to both of them tell the many stories – from their varying points of views. One thing that has remained constant in their lives is God and their faith. I was impressed with their daily prayers that they engage in together and the time that they spend, whenever possible, bike riding and talking long walks.  They also provide a set of scriptures that have been a guide in their marriage and that also serve as great Bible study material for married couples. I would definitely recommend this one, especially for the married folks. It was an engaging and enjoyable read.

Queenie by Candice Carty-Williams  was a book I chose to read based off the cover alone. It was so intriguing – the box braids got me.  I started reading Queenie right before traveling to London. While in London, I visited Brixton – where Queenie happens to be from (and everywhere I went in Brixton, the book was on sale, or a flyer for the book and an upcoming event with the author was highly visible). So, I am considering this one to be a case of divine timing. Anyway, Queenie is 25 year old Jamaican British woman, who lives in Brixton (South London) and works for a national newspaper. Queenie is also a mess. She struggles to find her footing at her job because she wants to write about things that matter (black lives, etc.), but they don’t care about any of that. But, her biggest struggles come after she breaks up with her longtime boyfriend, Tom.  The breakup sends her spiraling into depression, riding the struggle bus and playing hard for Team Bad Decisions. After reaching all new lows, Queenie finally gets on the path of enlightenment and ends up in therapy (very randomly). It’s there that she faces herself for the first time and gets to the bottom of all of her questionable behavior and decisions.  This one will have you shaking your head and wanting to shake Queenie. It took me a minute to really get into this one. By the middle, I was really tired of Queenie, but I had to see this thing through and I am glad I did.

More Than Enough: Claming Space for Who You Are (No Matter What They Say) by Elanie Welteroth is my favorite book of the year so far! You may have heard the name Elaine Welteroth before because she was the second African-American to be named editor-in-chief of Teen Vogue – a huge deal.  Her rise to the helm of Teen Vogue is a huge part of the story, but so are so many other things – race (and being biracial), gender, corporate politics, being black in spaces that weren’t made for us, remembering your worth, being true to yourself, and unapologetically claiming space. Elaine is a masterful storyteller and I found myself amen-ing throughout the book because I felt so seen.  I listened to this one and I loved how she included her mom and dad in it (they actually helped her tell the story).  And, each chapter began with quotes that I have loved for most of my life.  Yes, this is the story of a black woman’s journey and all of the happiness, magic, pain, disappointments, accomplishments and self doubt that comes with it.  I am putting this one on the list of “gift books” right under Michelle Obama’s “Becoming.” It is just that good. Do yourself a favor and pick this one up asaptually. It is everything! 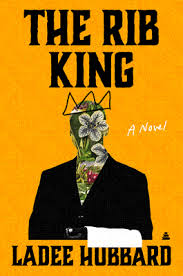